Nigeria crashed aircraft was on rescue mission for kidnapped schoolchildren 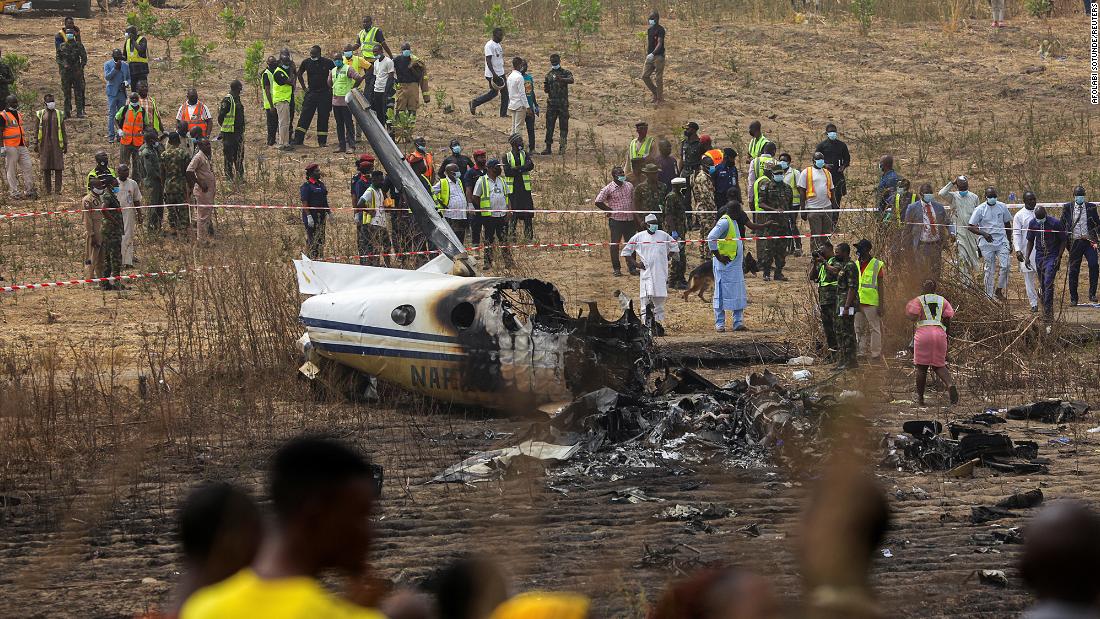 Lagos, Nigeria (CNN) Nigeria's airforce has said its plane, which crashed shortly after take-off from Abuja airport on Sunday morning -- killing everyone on board -- was on a mission to rescue the schoolchildren kidnapped last week.
A spokesman told CNN the aircraft was on surveillance operations in Niger State as part of efforts to rescue at least 42 schoolchildren and staff members taken by gunmen from the Government Science School Kagara last Wednesday.
One student died during the attack.
Air Vice-Marshal Ibikunle Daramola told CNN on Monday afternoon that the air force had donated the military plane to a joint task force coordinating the rescue operation in Kagara.
"The rescue effort is being coordinated by a multi-agency team... the crashed aircraft was part of the air force's contribution to the rescue mission," he added.
Daramola told CNN that the airforce would continue to support the rescue operation.
Source