Jeff Bezos and Richard Branson went to space. Here's when you can go, too 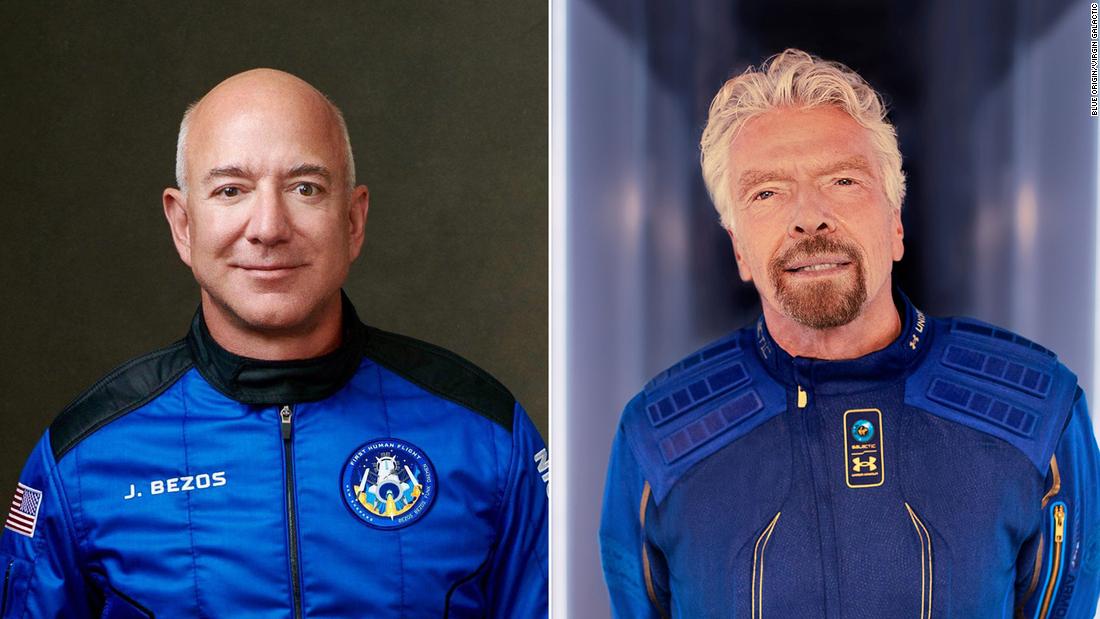 New York (CNN Business) Jeff Bezos and Richard Branson each took a spin in their supersonic, suborbital rockets over the past two weeks, kicking off a new era of space travel in which billionaire-backed companies offer the high-flying excursions to anyone who can afford it.
Bezos' Blue Origin, which developed a 60-foot-tall vertically launched rocket , and Branson's Virgin Galactic, which built an air-launched rocket-powered space plane , are now due to begin marketing themselves to wealthy thrill seekers and making suborbital jaunts more routine.
Blue Origin may conduct up to two more flights for paying customers in 2021, though the company has stayed staunchly mum about how much tickets will cost.
The company is also accepting reservations for new tickets that are expected to sell at an even higher price point.
(Musk has not announced any firm plans to travel to space himself, beyond saying that he would like to die on Mars one day.)
The big visionFor Bezos, Blue Origin's suborbital tourism missions are merely a bridge to much grander ambitions for cosmic adventure.
And, according to Bezos, "we really have to move heavy industry and polluting industry" — things like energy and microchip production — "off Earth."
But he envisions Blue Origin will create new technologies that start paving the way there, such as reusable orbital rockets much like those that SpaceX already operates.
In the meantime, Branson, Bezos and Musk hope their otherworldly pursuits inspire a new generation of curious space explorers and entrepreneurs.
And there were plenty of people cheering Bezos and Branson on during their supersonic joy rides in recent days.
The so-called space barons are known to defend themselves by saying they can work to solve Earthly problems while also chasing their long-term goals in outer space.
But if Bezos, Branson and Musk want to save humanity, they first have to convince humanity.
Source