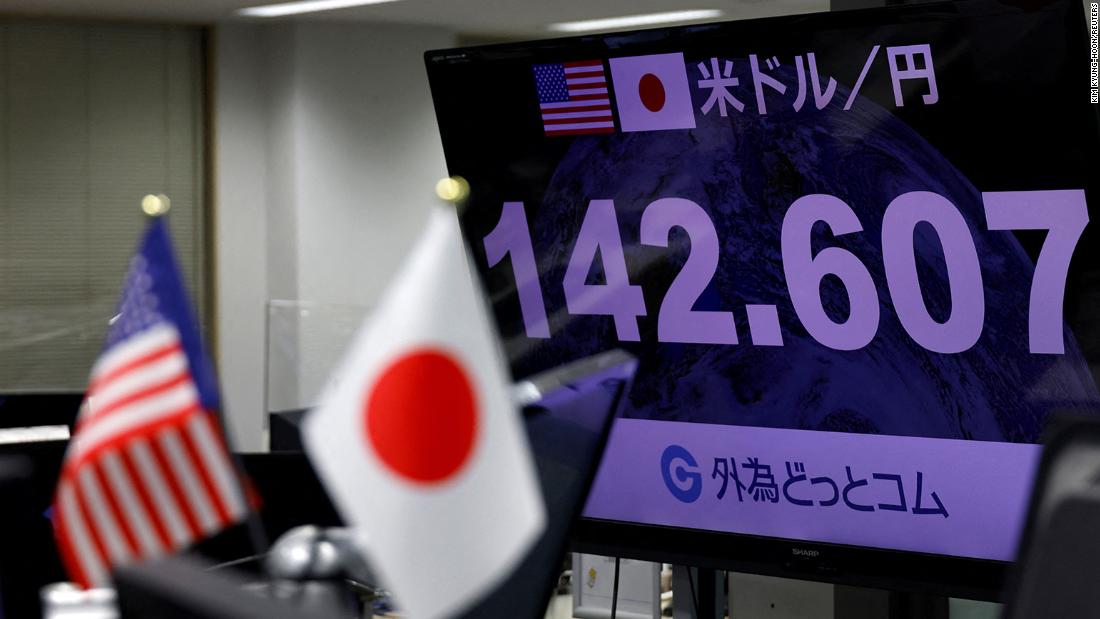 Tokyo (CNN Business) Japan tried to shore up the value of its currency Thursday by buying yen and selling US dollars for the first time in 24 years.
The yen had earlier plunged to its lowest level since 1998 after the Federal Reserve hiked interest rates aggressively while the Bank of Japan kept its rates in negative territory in a bid to boost its fragile economic recovery.
The currency has lost about 20% this year against a surging US dollar"In the current foreign exchange market, we are seeing rapid and one-sided movements against the backdrop of speculative activities," Japan's vice finance minister for international affairs Masato Kanda told reporters on Thursday.
"The government is concerned about these excessive fluctuations and has just taken decisive action," he added.
Thursday's decision marks the first time since 1998 that the Japanese government intervened in the foreign exchange market by buying yen.
Source