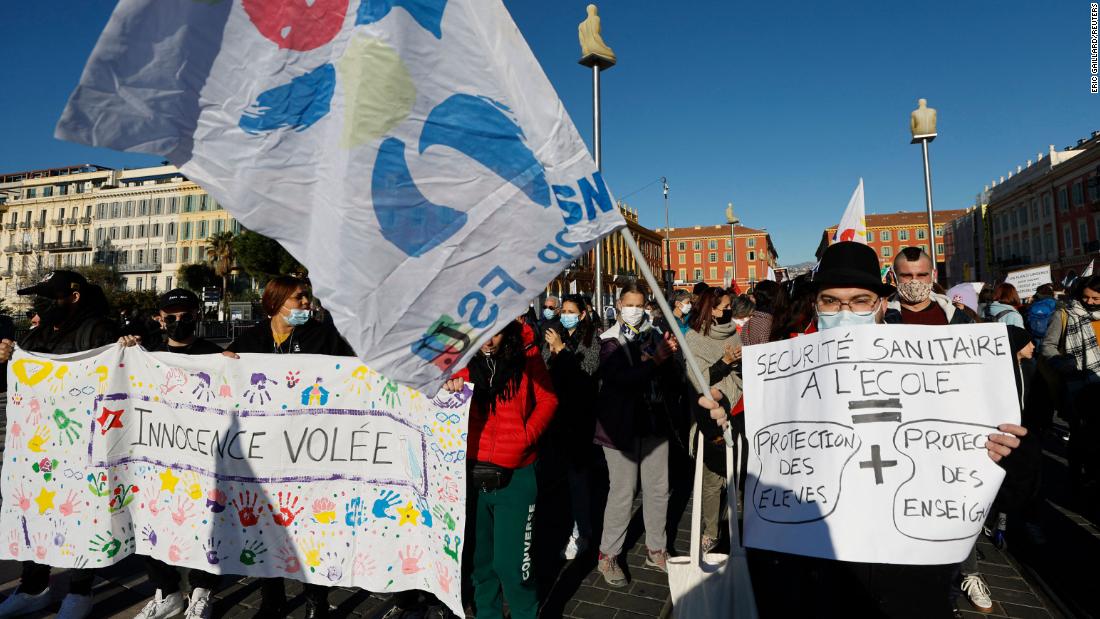 Paris (CNN) At least three-quarters of elementary school teachers in France were reported to be on strike and half of elementary schools were closed Thursday in protest at the government's Covid-19 protocols, according to a French teachers' union.
At least 62% of high school and middle school teachers are also reported to be striking, according to the union which represents them.
In Paris, 58% of teachers are on strike​, and nearly 200 schools are closed​ Thursday, according to the mayor's office.
A protest is expected to start at 1:30 p.m. local time in Paris, according to teachers' unions.
However, small groups of teachers were already seen taking to the streets by the Arc de Triomphe in Paris as well as in other cities Thursday morning.
The French Ministry of Education told CNN on Thursday it had no official figures yet regarding the size of the strike.
Source