Far-right extremist killed 77 people in Norway. Decade on, 'the hatred is still out there' 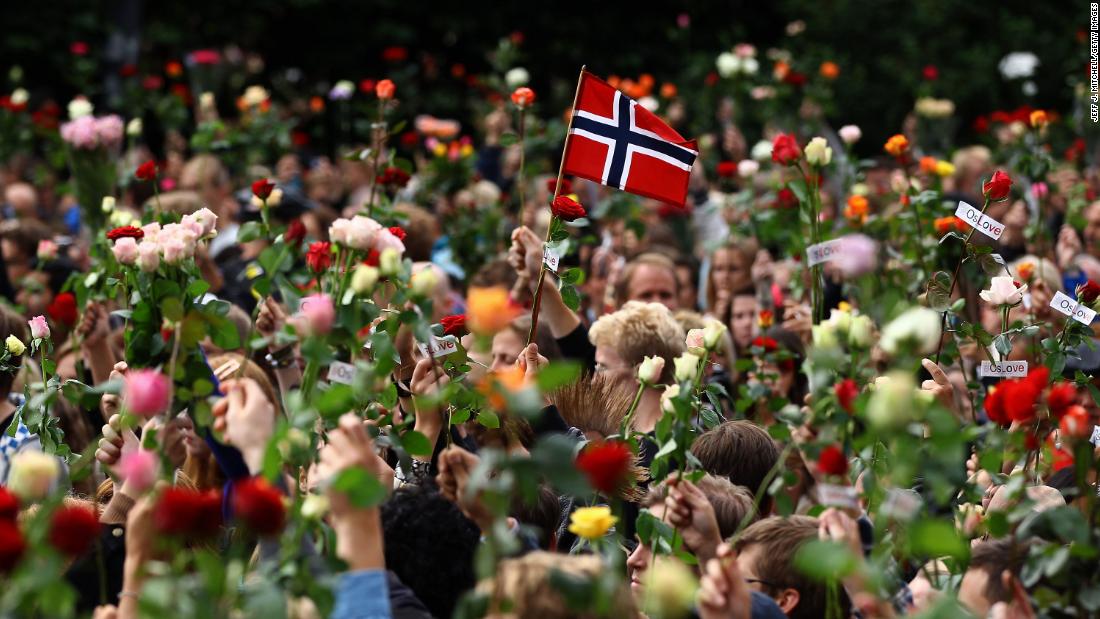 (CNN) Ten years ago, Norwegian far-right extremist Anders Behring Brevik killed 77 people , many of them teenagers, in a bomb attack and gun rampage.
The July 22 attacks left Norway, a small, close-knit Nordic country, stunned and grieving.
Several commemorative events are taking place Thursday in the capital, Oslo, and on Utoya Island, where the attacks took place.
In a national memorial address at Oslo Cathedral just two days after the attacks, Stoltenberg called for "more democracy, more openness, and more humanity."
Last month, the University of Oslo's Center for Research on Extremism (C-REX) published a series of analyses looking at Breivik's long-term influence.
"There was of course a lot of concern after the attacks that they would generate copycat attacks," he said.
Rightwing extremist Anders Behring Breivik arrives in court on April 16, 2012 for the start of his trial.
The rampage was carried out on the fifth anniversary of the Norway attacks and the attacker had been "talking a lot about Breivik," Ravndal said.
"Of course in Norway, as everywhere else, online activity has grown over these 10 years," he said.
People stand next to the "Iron roses" memorial outside Oslo Cathedral on September 28, 2019, to commemorate the 77 victims of Anders Behring Breivik's attacks.
He hopes to win further commitments to counter extremist content online at an event he is involved with in Bergen, Norway, next month.
Since 2011, Norway has implemented measures to protect -- as far as possible -- against such attacks in the future, Stoltenberg said.
Source