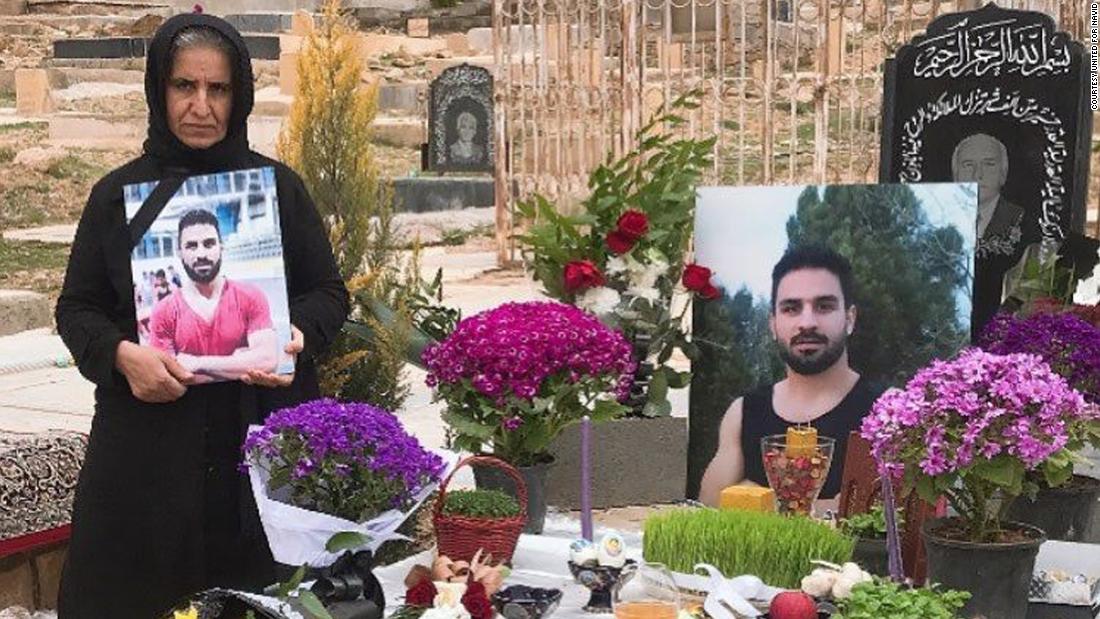 (CNN) The mother of Navid Afkari , the wrestling star executed by the Iranian government , says her family still has "no peace" over a year since her son's death.
​On September 12, 2020, Navid Afkari was hanged for a crime that his family, friends and human rights activists say he didn't commit.
Leaked audio clips from the trial last year revealed ​Afkari defiantly challenging the judge ​-- inspiring other athletes to speak out against the ​Iranian government.
An action group, United for Navid, now works on keeping his voice alive.
In Iran, political activists and their families are routinely intimidated, arrested, and can even be executed.
Afkari was one of at least 267 people who were executed in Iran in 2020.
The Iranian government has said repeatedly that ​Afkari was not tortured and that his confession wasn't forced.
"Anyone who comes to Navid's grave says the same thing: 'Navid means freedom.'
Navid Afkari (bottom left), sitting with his brother Vahid (top left), brother Saeid (bottom center), brother Habib (bottom right), father (top center) and mother (top right).
But after her youngest son was executed and her two other sons imprisoned in what she says is solitary confinement, Namjoo wants action.
Many human rights groups have advocated for better treatment of Iranians, but Namjoo says written statements alone won't save her family.
"My son Habib's newlywed wife of three years is waiting for him -- is there anyone out there who can save him?
Source