Europe could dodge a recession. But the UK is in a mess 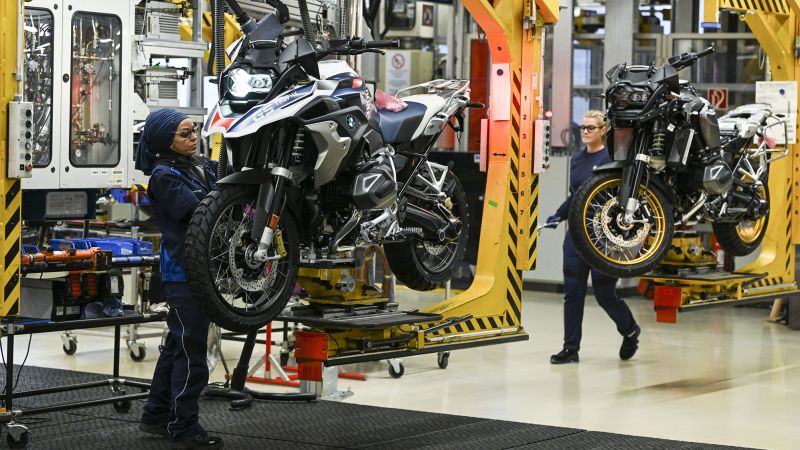 London CNN —Business activity across the 20 countries that use the euro expanded in January for the first time in six months, according to data published Tuesday, providing fresh evidence that Europe’s economy could confound expectations and dodge a recession this year.
An initial reading of the eurozone’s Purchasing Managers’ Index, which tracks activity in the manufacturing and service sectors, rose to 50.2 in January from 49.3 in December, indicating the first expansion since June.
The return to modest growth was helped by falling energy prices and an easing of supply chain stress, which helped temper rising input costs for producers.
Growing optimism in Europe that China’s consumers will start spending again was reflected in Swiss watch maker Swatch (SWGAF)’s prediction Tuesday of record sales for 2023.
But any downturn “is likely to be far less severe than previously feared,” he said.
UK economy contracts sharplyThe picture looks far less promising in the United Kingdom, however, where January’s PMI survey showed the steepest decline in business activity since the national Covid lockdown two years ago, as higher interest rates and low consumer confidence depressed activity in the dominant services sector.
The initial reading fell to 47.8 in January, from 49 in December, to remain in a state of contraction for the sixth consecutive month.
The UK survey is conducted in conjunction with the Chartered Institute of Procurement & Supply.
“Weaker-than-expected PMI numbers in January underscore the risk of the UK slipping into recession,” Williamson said.
The UK economy lost more working days to strikes between June and November 2022 than in any six-month period over the previous 30 years, according to data published last week by Britain’s Office for National Statistics.
Separate data published by the ONS on Tuesday showed that UK government borrowing hit £27.4 billion ($33.7 billion) in December, the highest figure for that month since records began in 1993.
This was driven by a sharp increase in spending on support for household energy bills, as well as the soaring cost of paying interest on government debt.
Source