EU chief announces extra $4.7bn in climate funds for Global South and challenges US to 'step up' 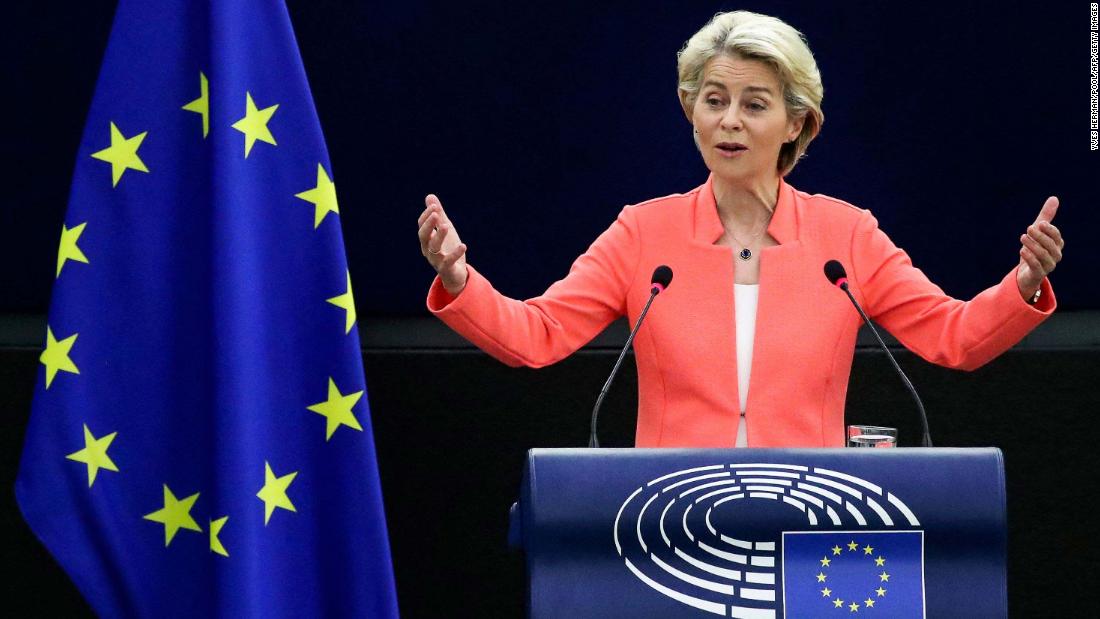 (CNN) European Commission President Ursula von der Leyen announced an additional €4 billion ($4.7 billion) in climate finance to transfer to developing nations on Wednesday, while calling on the US and the bloc's other allies to start paying their fair share.
Developed countries agreed more than a decade ago, and reaffirmed in the 2015 Paris Agreement, to transfer $100 billion a year by 2020 to the developing world to aid their green transformations and to adapt to the impacts of climate change.
Collectively, the world missed that deadline last year.
The United States has been particularly criticized for transferring nothing during the four years of the Trump administration.
In her annual State of the Union address to the European Parliament, von der Leyen pointed to the European Union as the world's biggest contributor to climate finance, calling on the US and others to "step up."
"Team Europe contributes €25 billion a year.
But others still leave a gaping hole towards reaching the global target.
So closing that gap will increase the chance of success in Glasgow," von der Leyen said, referring to the UN climate change conference COP26 .
She pledged that the additional €4 billion will be paid up until 2027.
Source