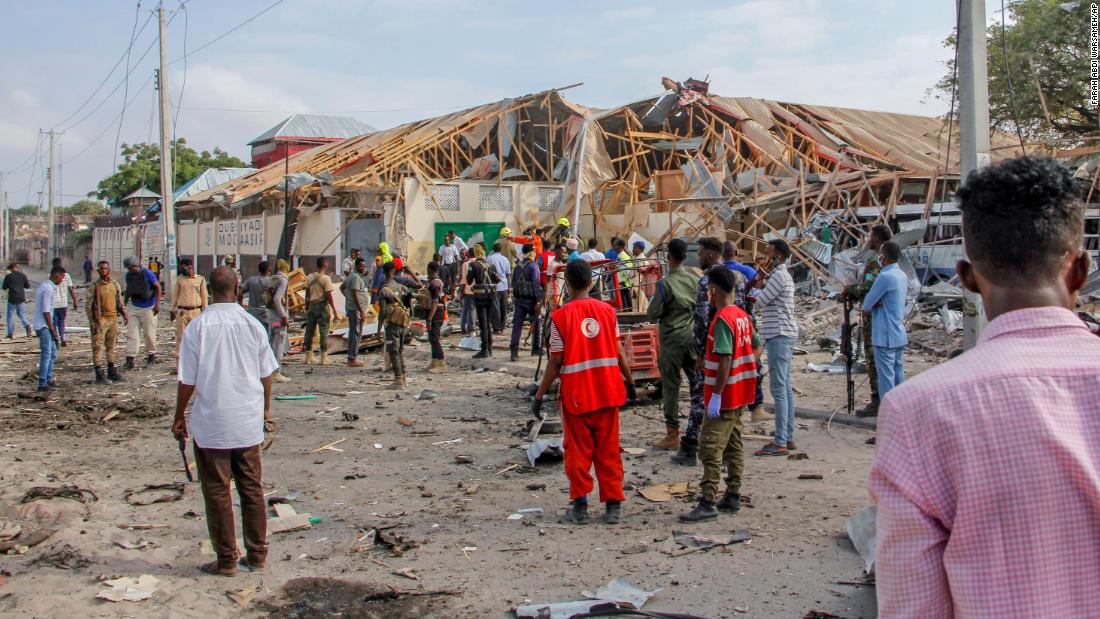 (CNN) At least eight civilians were killed and 17 others injured, including 13 school children, after a suicide car bomb exploded in Somalia's capital Mogadishu Thursday morning, according to state media.
The blast occurred in Mogadishu's Hodan district, near two schools and the residence of former president Abdikasim Salat Hassan, according to the Somali National News Agency (SNNA).
Police say the target was an armored vehicle guarding the United Nations, according to SNNA.
The eastern African Somali capital has been rattled by bomb attacks with dozens either killed or injured.
The string of bombings has been linked to notorious terror group Al-Shabaab, which has in the past claimed responsibility for some of the attacks.
Source