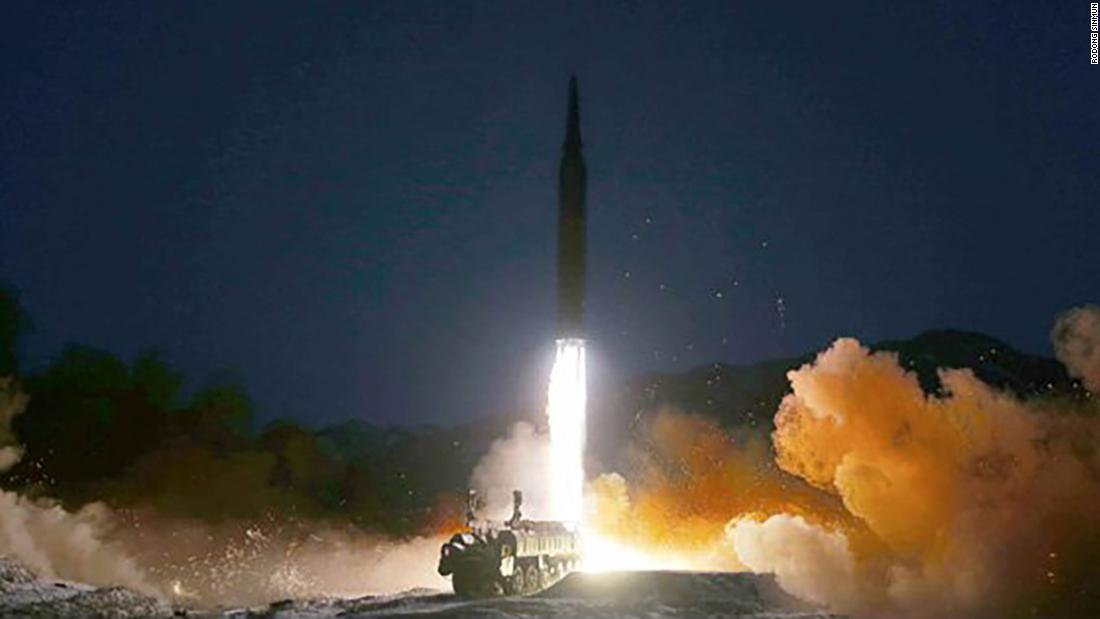 Defense officials "didn't have a good feel for its capabilities" right away, this person added.
Some controllers erroneously referred to it as a national ground stop, something which hasn't been seen since 9/11.
The question, now, is what sparked that initial burst of urgency -- and perhaps, why the FAA reacted the way that it did.
NORAD insists that it was the FAA's call to issue the ground stop and that it did not issue a warning or alert as a result of the North Korean missile launch.
We are reviewing the process around this ground stop as we do after all such events."
A US official said the ground stop was not communicated through the FAA's Air Traffic Control System Command Center, based in Warrenton, Virginia, and instead went straight to regional centers on the West Coast.
The launch on Tuesday was the second such launch by North Korea within the space of a week.
But the first, last Thursday, was far less sophisticated, South Korean officials have said.
"It's basically falling," said Jeffrey Lewis, a weapons expert and professor at the Middlebury Institute of International Studies.
In any case, there is no question that the launch violated UN Security Council resolutions that prohibit North Korea from any ballistic missile activity.
In January of last year, North Korea stated publicly that it had "finished research into developing warheads of different combat missions including the hypersonic gliding flight warheads for new-type ballistic rockets and was making preparations for their test manufacture."
Still, after years of high-profile diplomatic exchanges between former President Donald Trump and North Korean leader Kim Jong Un, the Biden administration has so far taken a relatively low-key approach to North Korea even as it has continued to condemn testing by Pyongyang.
Source