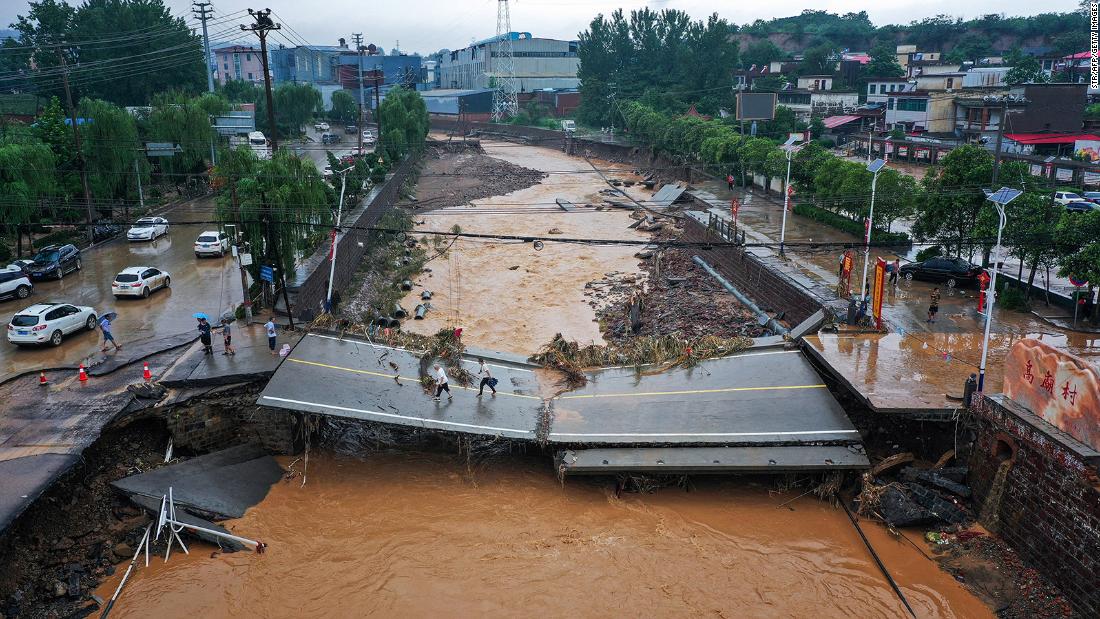 Torrential rains have battered Henan province since last weekend, displacing hundreds of thousands of people and causing 1.22 billion yuan (about $190 million) of economic damage, Henan authorities said Thursday.
Home to 99 million residents, Henan is one of China’s most populous and poorest provinces, with large swathes of farmlands and factories.
With more rains forecast for the region, the death toll is expected to rise as rescue work continues.
In Gongyi, a county-level city to the west of Zhengzhou, at least four people were killed as gushing floodwaters swept through streets.
Heavy rains also caused widespread collapse of homes and landslides, hampering rescue operations.
Noel Celis/AFP/Getty Images Cars sit in floodwaters at the entrance of a tunnel after heavy rains hit the city of Zhengzhou on July 22, 2021.
’On the brink of breakdown’One of the most horrifying scenes from the disaster occurred underground on Line 5 of the Zhengzhou subway.
Authorities said more than 500 passengers were evacuated from the inundated subway line, with 12 killed and five others injured.
In a post on microblogging site Weibo, a woman said water started to seep into the subway train soon after it came to a stop in between two stations.
Weibo A flooded subway station in Zhengzhou, in China's Henan province, after torrential rainfall on July 21.
yuanxiaoqiang/Chinatopix/AP A heavy downpour in Zhengzhou, central China's Henan province on July 20, 2021.
More heavy rains were forecast for Thursday, before they were expected to subside on Friday, according to an official at the provincial meteorological station.
Source