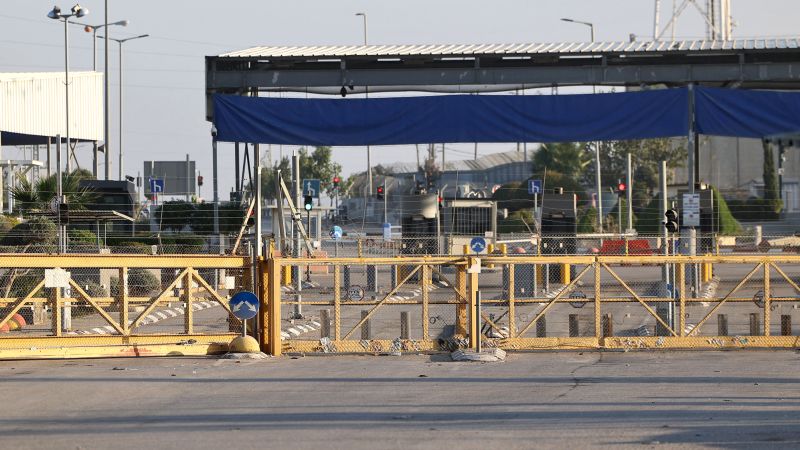 CNN —The body of an Israeli Druze young man that was seized by Palestinian gunmen in Jenin has been transferred to his family, the Israeli military said on Thursday, adding that nothing had been given in return.
“We didn’t negotiate in any way with the gunmen that had the body,” an IDF spokesperson said during a briefing.
The gunmen were demanding the return of the bodies of Palestinians killed by Israeli troops, they said.
Israel closed roads in and out of Jenin on Wednesday after the body was seized, and reopened them on Thursday after it was returned.
Jenin governor Maj. Gen. Akram Rajoub told CNN that Palestinian Authority security officials had led negotiations with the gunmen who held the body.
“The PA General Intelligence Service had contacts with one of the kidnappers, which facilitated the body’s return to the General Intelligence Service headquarters in Jenin,” Rajoub said.
There is a dispute about whether Ferro was alive or dead when gunmen burst into his hospital room in Jenin and took his body.
Ferro’s father told Israeli media on Wednesday the teenager was alive and taken off life support.
But Jenin governor Akram Rajoub told CNN that Ferro was dead when his body was taken.
But Jenin governor Rajoub told CNN that Ferro was dead when his body was taken.
The group also said it had raised the state of alert among its members in anticipation of Israeli forces storming the Jenin camp.
He was a member of the Druze minority, community leaders told CNN.
Source