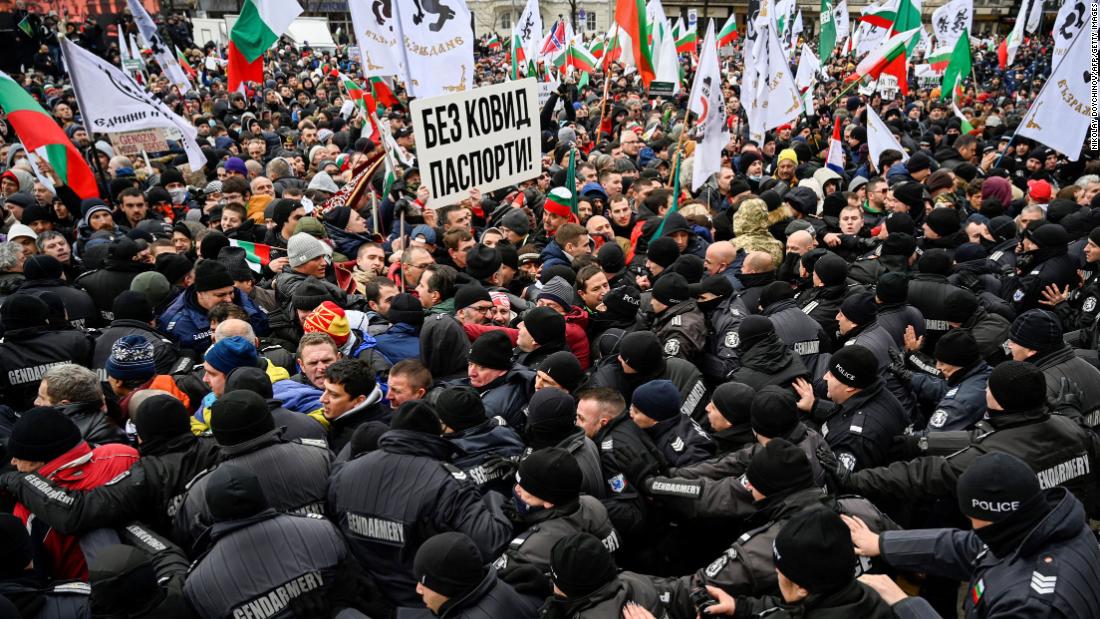 Sofia, Bulgaria (CNN) Anti-vaccine protesters tried to storm the Bulgarian parliament on Wednesday and briefly scuffled with police officers during a massive rally against coronavirus restrictions in downtown Sofia.
Tensions rose an hour after about 3,000 people gathered in front of the parliament building, demanding the lifting of a mandatory health pass which they said trampled on their rights and was a back-door means of forcing people to get vaccinatedProtesters, many of whom arrived on buses for the rally, pushed back a police cordon around parliament and reached the front doors of the building.
They stopped short of breaking in and called on lawmakers to come out and address their demands.
Several people, including police officers, were injured during the brief clashes.
Waving national flags and flags of the ultra-nationalist Revival party, which organized the rally, they chanted "Freedom" and "Mafia" and decried all measures against the virus.
Source