Analysis: Iran's regime is trying to execute its way out of trouble 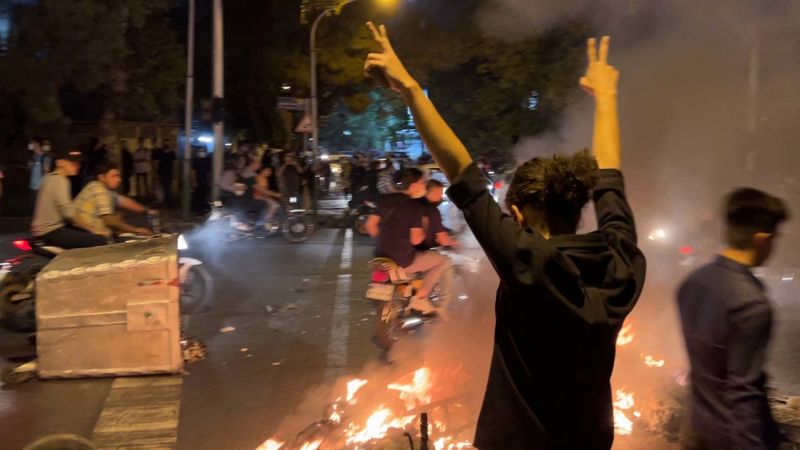 Istanbul, London and New York CNN —The cries of the women outside a Tehran courthouse swell to a collective wail.
Four protesters have been executed by the regime; many others fear the same fate.
The executions are the culmination of an increasingly violent crackdown including the gunning down of protesters, mass arrests, physical assault and sexual violence.
The regime has also doubled down on the repression of dissidents, ethnic minorities and women.
This deprived the protest movement of the momentum needed to topple a heavily sanctioned regime over which the international community has little to no remaining leverage.
Still, Iran analysts agree that the regime has kicked the can down the road, and that protests are likely to resurface.
Iran’s clerical leadership is either unwilling or unable to address its festering economic problems, exacerbated by a US sanctions regime and by widespread corruption.
Disgruntlement against the regime appears to be spreading, but its use of brute force has deterred protesters from growing to the level needed to force the regime to stand down.
“The majority will only join in when the regime has lost its will to suppress,” he told CNN.
On Friday, thousands of people poured into the streets of Baloch-majority Zahedan city after noon prayers, demanding the fall of the regime.
And on Monday, the EU approved a new package of sanctions on Iran amid the country’s crackdown on protests at home.
The strait, which lies off Iran’s southern coast, is only 21 miles wide at its narrowest point.
Source