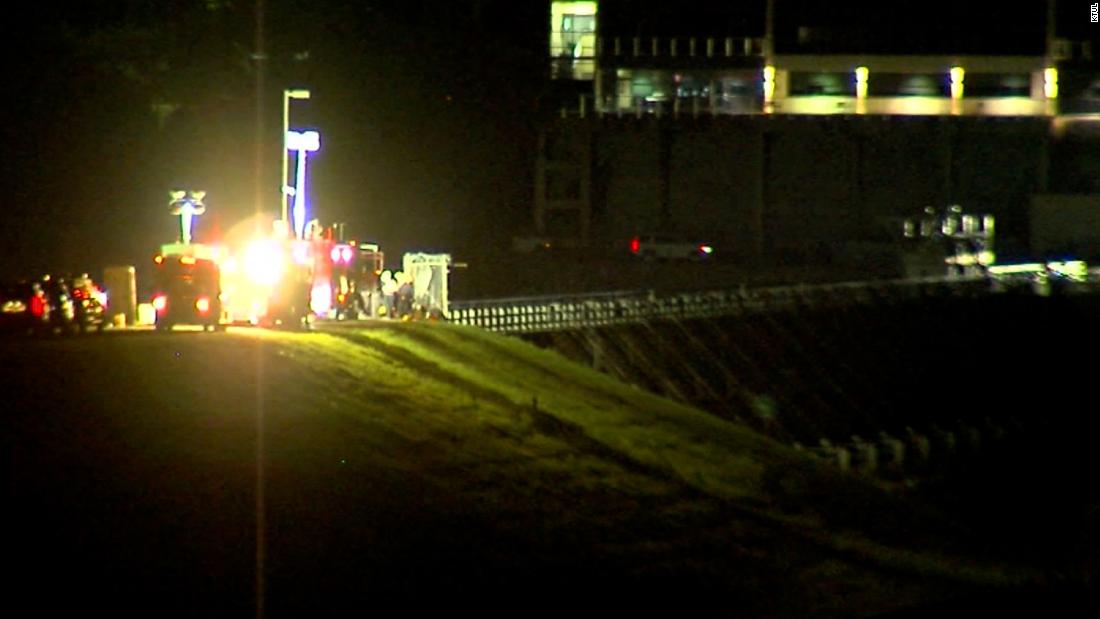 (CNN) The bodies of two contract workers were recovered Friday after they died following an explosion in an Oklahoma dam that was undergoing maintenance, officials said.
Three workers were doing maintenance work Thursday at the Robert S. Kerr Dam near Tulsa when the blast happened at about 6:00 p.m. in an 80-foot deep interior inspection shaft, the Grand River Dam Authority (GRDA) said in a statement.
One worker was brought to a hospital for non-life-threatening injuries, and rescue crews recovered the two bodies early Friday.
GRDA said preliminary results indicate that the explosion was caused by a pocket of naturally occurring gasses, which it said is not uncommon in geological formations.
Authorities say the dam is stable and doesn't pose additional risks.
An investigation is ongoing, GRDA said.
The names of the dead employees, who worked with Colorado-based DA Smith Drilling, have not been released.
Source