Turkmenistan wants to close the 'Gates of Hell' 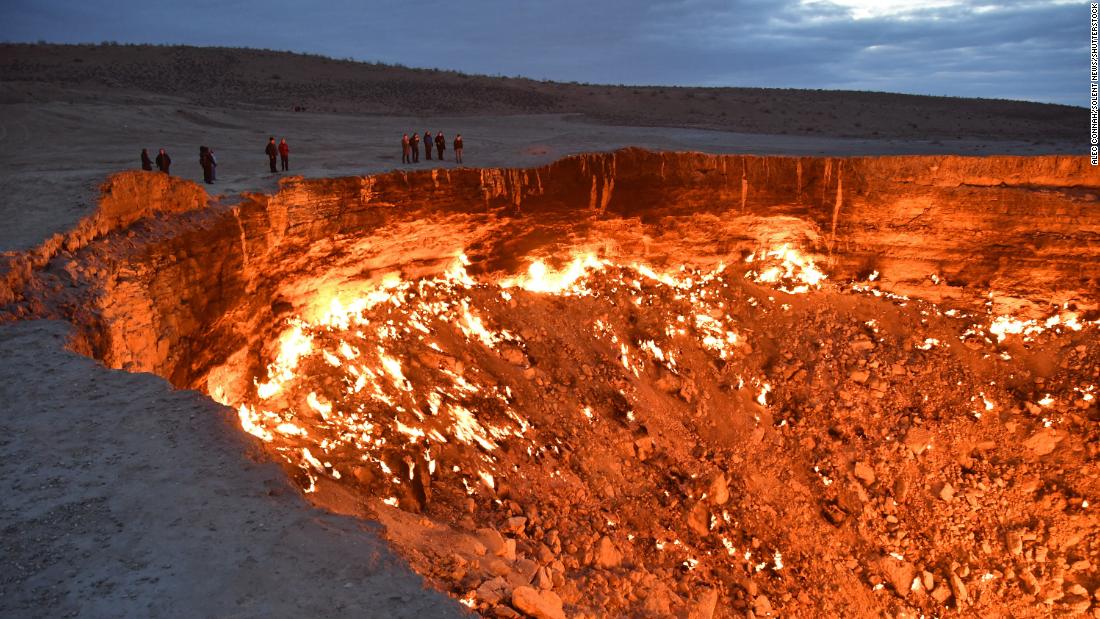 Get news about destinations opening and closing, inspiration for future adventures, plus the latest in aviation, food and drink, where to stay and other travel developments.
(CNN) — This week in travel, the United States declared Canada a "very high" risk destination, the world's most powerful passports for 2022 were revealed and Turkmenistan's president called for the country's "Gates of Hell" to close.
Here are the biggest new stories from CNN TravelCanada deemed 'very high' riskSay it ain't so!
After very low Covid numbers throughout the pandemic, the world's second-largest country in terms of total area has recently seen a very steep rise in cases.
So on Monday, the US Centers for Disease Control and Prevention moved Canada to its highest-risk category for travel : Level 4.
Middle Eastern favorite jumped two CDC rankings from Level 1 to Level 3, and an Asian city-state moved into Level 3, having previously been rated Unknown.
More US cities are adding indoor vaccine mandates , while health oversight is set to ease on cruise shipsSpirit Island in Canada's Jasper National Park.
Pandemic restrictions aside, passport holders worldwide now enjoy visa-free entry to 107 countries, on average -- nearly twice as many as in 2006.
Then there are those extra-special VIP passports -- diplomatic, investigative, even presidential -- with rights the rest of us can only dream about.
2021 was the worst on record for unruly passenger behavior on US planes, according to data from the Federal Aviation Administration.
However, President Gurbanguly Berdymukhamedov has now ordered the closure of the site popularly known as the "Gates of Hell."
In the world of international tourist attractions, if the Darvaza Crater is Hell, London's much-mocked Marble Arch Mound is a sort of underwhelming Purgatory.
Source