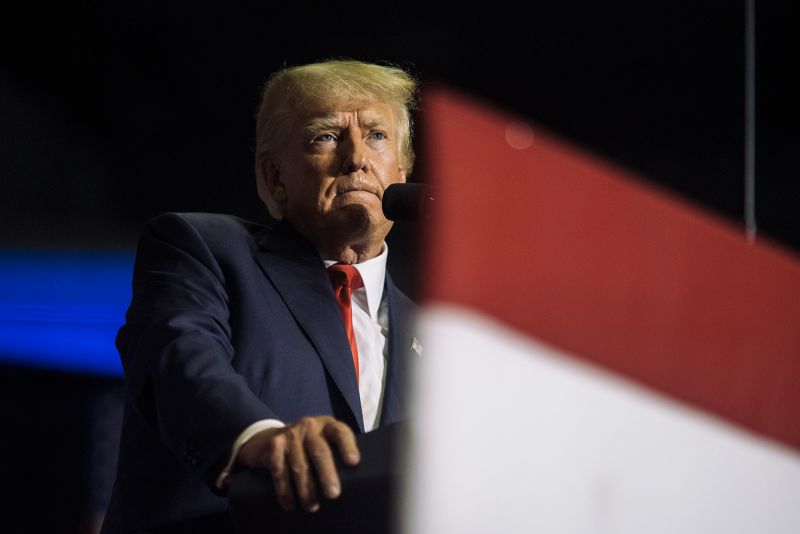 Called MAGA, Inc., the new group will meld with an existing Trump-sanctioned super PAC that has been mostly overseen by former Florida Attorney General Pam Bondi and former US Ambassador to Germany Richard Grenell.
As of last month, that group had spent slightly more than $2 million to boost Trump-backed Senate and House candidates in their primary races earlier this year.
“President Trump is committed to saving America, and Make America Great Again, Inc. will ensure that is achieved at the ballot box in November and beyond,” Trump spokesman Taylor Budowich said in a statement Friday.
The newest Trump fundraising vehicle was first reported by Politico.
The former President had more than $103 million in his coffers at the end of August, according to the most recently available Federal Election Commission data.
Meanwhile, the Congressional Leadership Fund, which is aligned with House Minority Leader Kevin McCarthy, is planning to spend $141 million this fall on ads alone.
But others say the lack of financial assistance from the former President shouldn’t be discounted.
“Trump never went out of his way to help candidates – unless he sees a way that it helps him.
A person familiar with the new group said it will spend “heavily” in key Senate and gubernatorial races this fall but declined to disclose a target amount of which specific contests the Trump-backed super PAC plans to focus on.
After months of eyeing a pre-midterm launch date for a 2024 campaign, Trump is now waiting to see how Republicans perform in November – hoping to avoid blame if the party’s overall gains prove disappointing.
“He’s been convinced there’s no upside to doing it before the midterms and plenty of potential downsides.
Right now, the goal is Q1 of next year but, of course, once the election has passed, he could really do it at any time,” a Trump adviser said.
Source