Syrian torture survivors finally came face to face with their tormentor. But the reckoning took place far from home 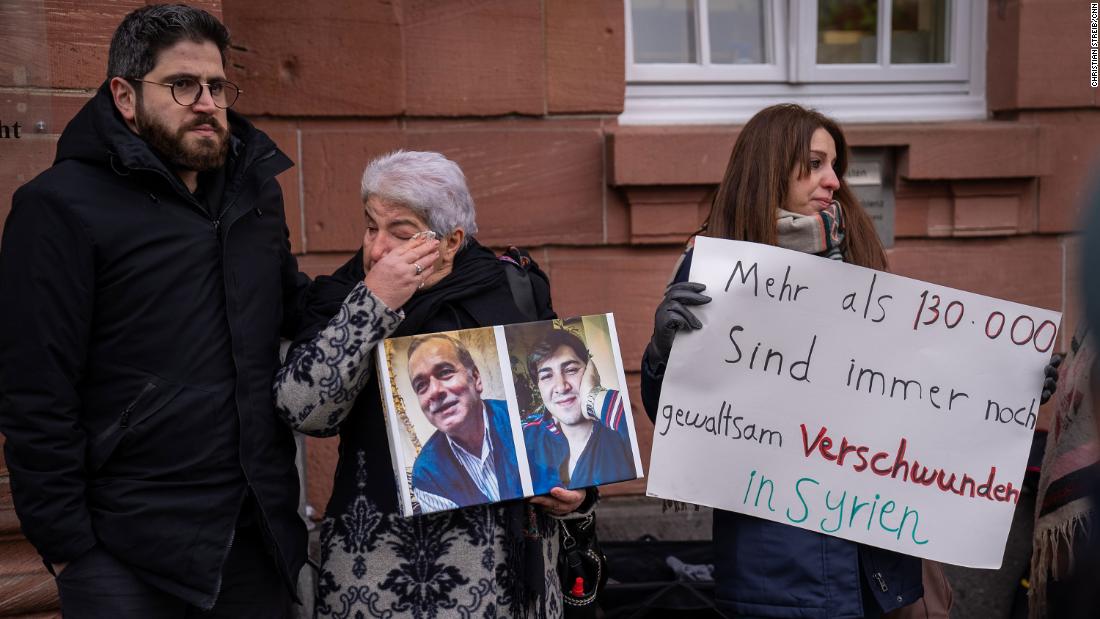 Koblenz, Germany (CNN) When Anwar Raslan was sentenced to life in prison for crimes against humanity, he appeared nonplussed.
The ruling concluded a nearly two-year trial, the first to hold a member of Assad's regime accountable for crimes against humanity.
Outside the court on Thursday, a group of women held a vigil for their disappeared relatives as they waited for Raslan's sentencing.
His victims were free and now driving proceedings against their tormentor and -- by extension -- against the Assad regime.
In addition to finding Raslan personally guilty, the court also ruled that the Assad regime "systematically" committed crimes against humanity.
Throughout the trial in Koblenz, Raslan rarely spoke.
Mukdad, a musician in Berlin, was an outspoken plaintiff in the Anwar Raslan trial.
Some Syrian lawyers and plaintiffs speculated that he didn't want his victims to recognize his voice from their interrogation sessions in detention.
"We see that Raslan has been convicted in lieu of the Syrian regime."
This contention, that Raslan served as a scapegoat, resonates with some Syrians, even those actively opposed to the Assad regime.
Some liken the Koblenz trial to crumbs offered by the international community in the absence of political change in Syria.
"I don't want to speak about my torture, I only want to speak about the trial," she said.
Source