Soccer: US women's team 'past the protesting phase' of anthem debate 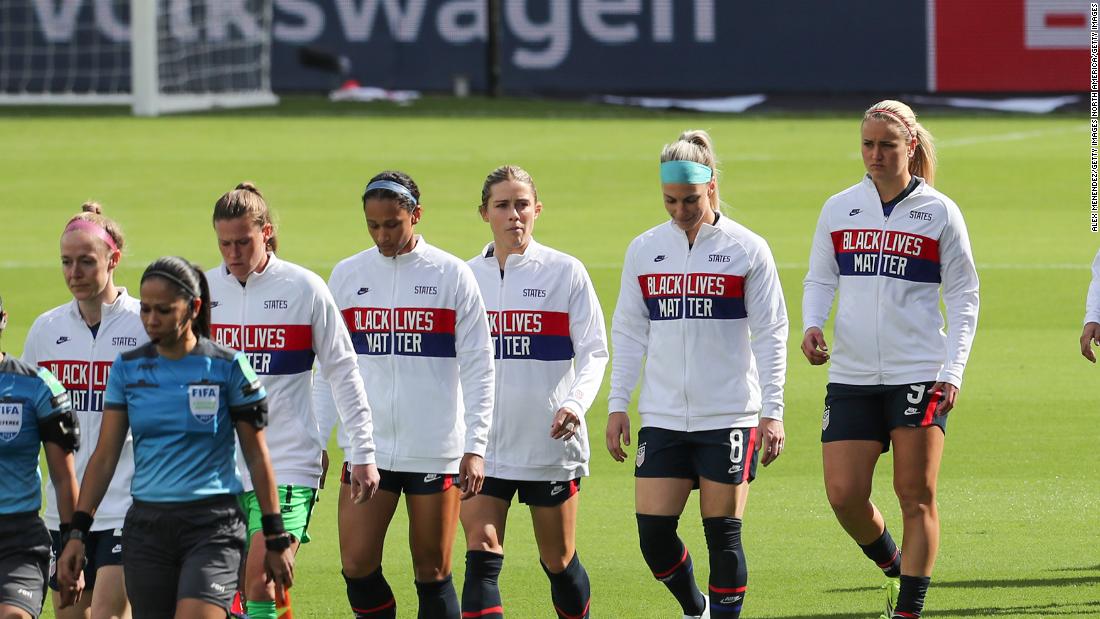 The US women's national team said their decision to resume standing as a group for the national anthem rather then kneel in protest of racial inequality and police brutality is not the end of the squad's fight for justice.
The entire US team, clad in their warmup jackets with the words "Black Lives Matter" on the front, stood for the national anthem ahead of their SheBelieves Cup game on Sunday after some had knelt in the tournament opener last Thursday.
US defender Crystal Dunn said no vote was taken to stop the kneeling gesture but rather it was a collective decision by a team ready to move past the protesting phase.
"I think those that were collectively kneeling felt like we were kneeling to bring about attention to police brutality and systemic racism," said Dunn.
"We decided that moving forward we no longer feel the need to kneel because we are doing the work behind the scenes.
We are combating systemic racism.
Source