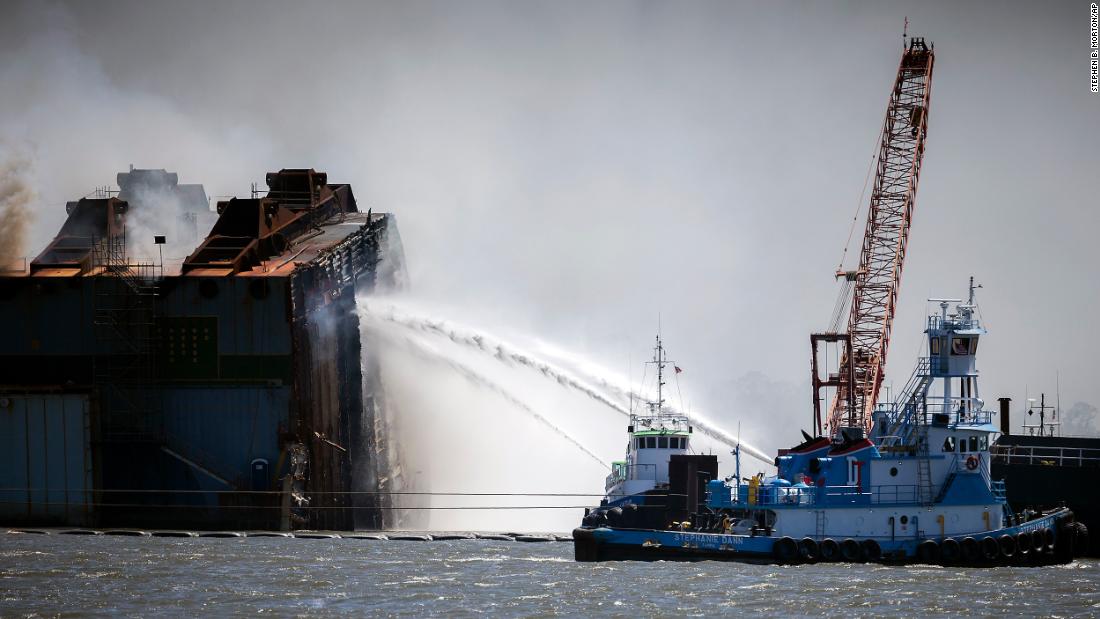 (CNN) The wreckage of a cargo ship off the Georgia coast caught fire during salvage operations on Friday and seawater is being used to extinguish the blaze, according to the US Coast Guard.
The wreckage of the 656-foot Golden Ray caught fire just after lunchtime during cutting operations and spread to some of the vehicles remaining on what's left of the ship, Coast Guard Cmdr.
Efren Lopez said in a news conference.
The fire is located on the top decks, Lopez said.
Seawater is being used to put out the fire instead of chemicals, he said, minimizing any environmental concerns.
The Coast Guard also is monitoring air quality around the vessel and has not seen anything that would cause concern, Lopez said.
Source