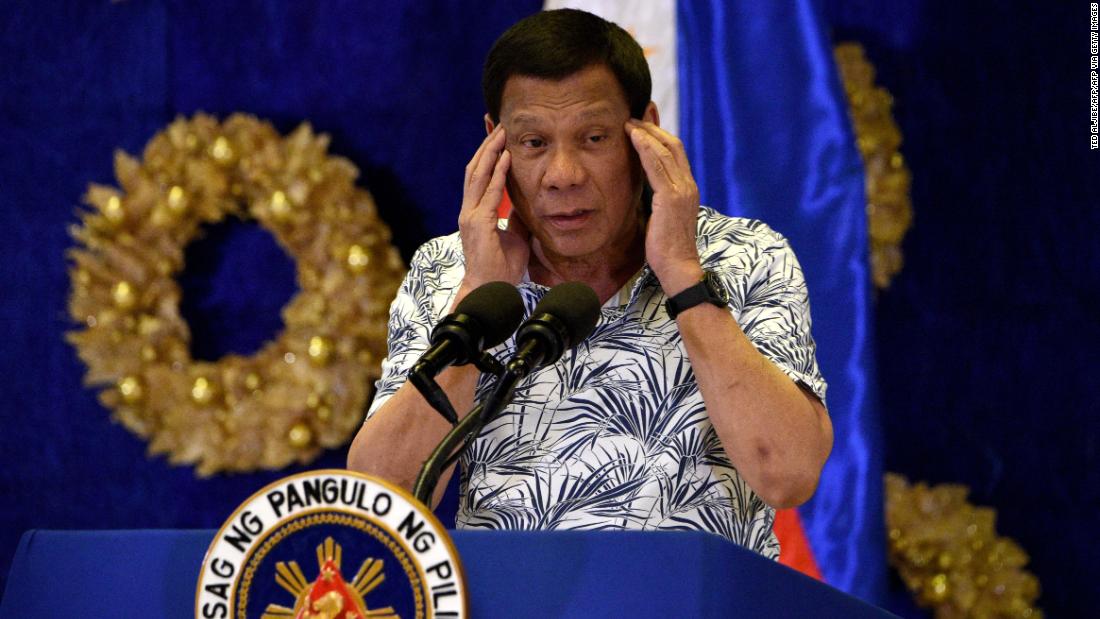 (CNN) Philippine President Rodrigo Duterte has rebuffed a call from China to withdraw vessels from disputed areas of the South China Sea and said he would not bow to pressure, even if it jeopardizes his friendship with Beijing.
The Philippines has boosted its presence in contested areas of its Exclusive Economic Zone (EEZ), including Thitu island, near Chinese military installations, in defiance of the months-long presence of hundreds of Chinese boats it believes are manned by militia.
Duterte's remarks in a televised address aired on Friday come as pressure builds on him to abandon his pursuit of close ties with China and stand up to what his defense chiefs say are blatant provocations.
"We have a stand here, and I want to state it here and now again that our ships there ... we will not move an inch backward," Duterte said.
Last month, China said the Philippines must "stop actions complicating the situation and escalating disputes" in response to a rare maritime exercise conducted by the Philippines.
Source