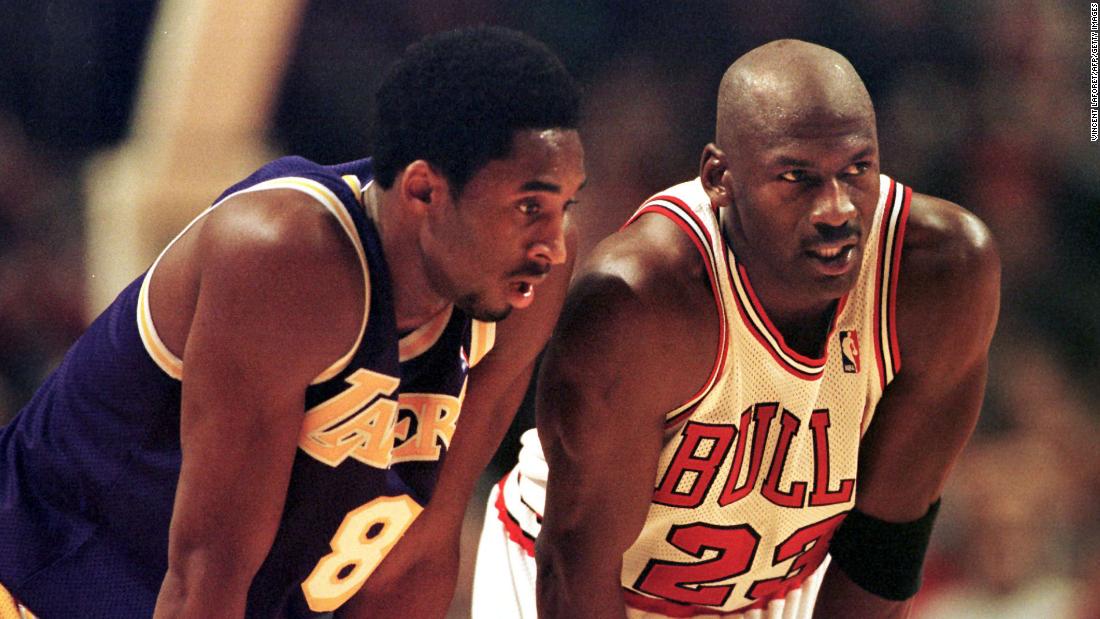 (CNN) From gravity-defying dunks and in-air acrobatics to an unquenchable thirst for dominance and an overt disdain for anything shy of excellence, Kobe Bryant spent much of his life following in the footsteps left by Michael Jordan's iconic Nike sneakers.
This weekend that path winds its way into New England, where Jordan will once more show Bryant the way, this time formally inviting him atop basketball's most elite mountaintop.
On Saturday Jordan will present Bryant for posthumous enshrinement into the Naismith Memorial Basketball Hall of Fame, an inevitable honor delayed nearly nine months by the Covid-19 pandemic.
The late Los Angeles Lakers legend enters the Hall as the glistening centerpiece of a star-studded 2020 class, one which also includes fellow players Tim Duncan and Kevin Garnett, as well as former WNBA MVP Tamika Catchings and three-time NCAA National Championship coach Kim Mulkey.
The nationally televised ceremony tips-off at 5:30 p.m. from Mohegan Sun in Uncasville, Connecticut.
Kobe Bryant modeled his game after Michael Jordan and sought out the legend for advice and guidance during his NBA career.
Vanessa Bryant, Kobe's widow, will speak in honor of her late husband, while Jordan, a 2009 Hall of Fame inductee, will accompany her on stage.
On January 26, 2020, Kobe Bryant, along with his 13-year-old daughter Gianna and seven others, tragically died in a California helicopter crash .
According to the Hall of Fame, presenters are selected by "incoming Hall of Famers, or their family members if recognized posthumously."
Source