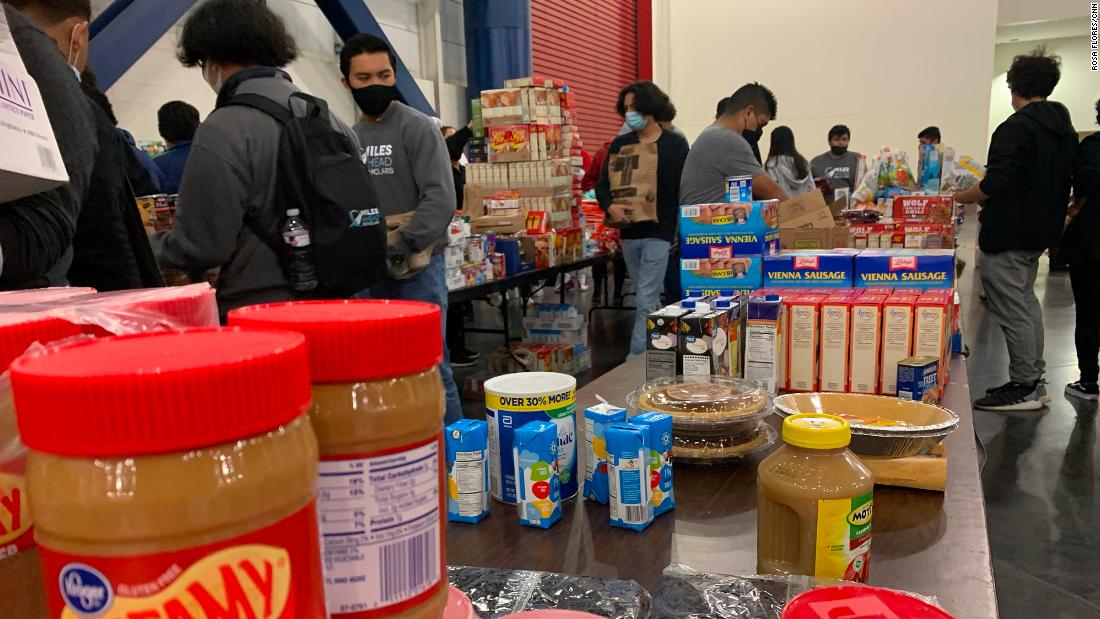 Houston (CNN) Volunteers are converging on the George R. Brown Convention Center in Houston, overcoming supply chain challenges to serve tens of thousands of people who find themselves in need of a meal on Thanksgiving.
Organizers expect to serve between 25,000 and 30,000 families during Thursday's 43rd annual "Super Feast," they told CNN.
It's been a hard year for many here in this part of Texas, Stephanie Lewis, regional director of Super Feast organizer City Wide Club of America, told CNN.
These same challenges -- particularly supply chain issues and rising food prices -- have made Lewis' job as the event organizer more difficult than in years past.
Curlie Jackson cuts yams for the Thanksgiving Super Feast.
Hunger in TexasOne in seven Texans are food insecure, according to the Houston Food Bank , which defines food insecurity as a "lack (of) consistent access to enough nutritious food to fuel a regularly healthy lifestyle."
City Wide Club prepares turkey meals for tens of thousands of people on Thanksgiving through their Super Feast event in Houston, according to organizers.
In response, local food banks and events like Super Feast are doing their best to pick up the slack, despite their own challenges.
One such challenge is growing demand: Before the pandemic, the Houston Food Bank distributed about 500,000 pounds of food per day, according to the food bank.
Robert Goins has been volunteering with City Wide Club's Thanksgiving Super Feast for 26 years.
Leroy Woodard, a founding member of "Super Feast," told CNN the event began decades ago in his grandmother's kitchen.
And when the Thanksgiving Super Feast is over Thursday, Lewis says her work is only beginning: "On Christmas Eve we will also provide toys and gifts for the children, to brighten their day," she said.
Source