'He didn't have any abs. I got some abs': Golf's most compelling rivalry 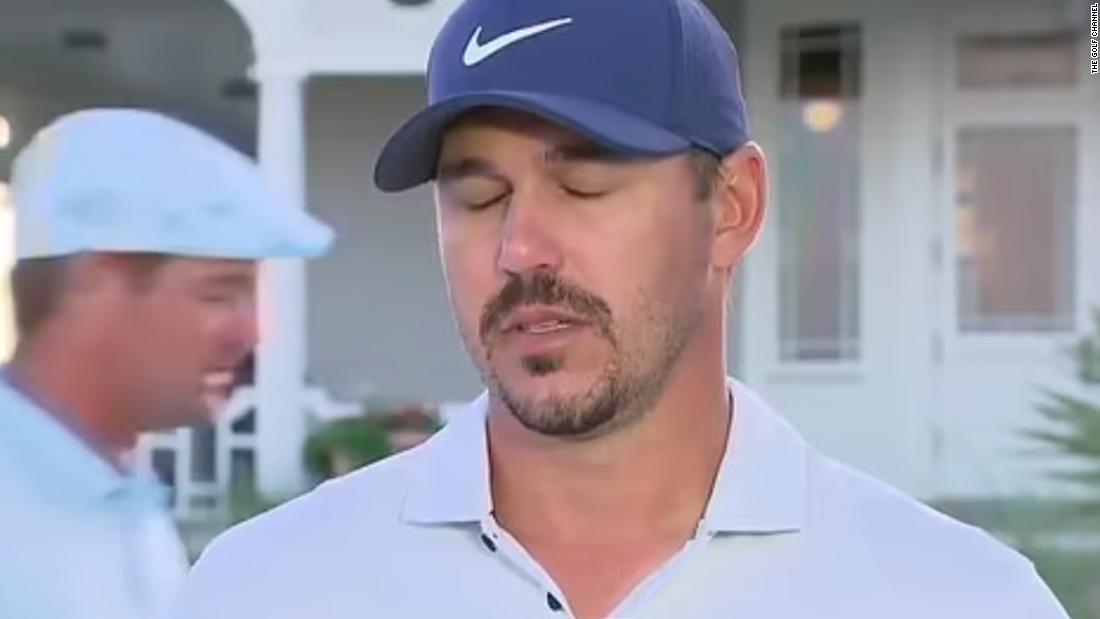 (CNN) There were lighthearted jibes about physiques, then a facial expression became a viral internet meme.
Now it's one of sport's biggest rivalries and after months of expectation, Bryson DeChambeau and Brooks Koepka will take to the course and go head-to-head in golf's fifth edition of "The Match" on November 26, the day after Thanksgiving.
DeChambeau and Koepka will compete over 12 holes at Wynn Golf Course, Las Vegas, with proceeds from the event going towards charity.
DeChambeau and Koepka attend the opening ceremony of the 43rd Ryder Cup.
Koepka's naked spread in ESPN's Body Issue in 2019 also proved a moment of friction between the two American golfers.
Fuel was added to the fire by NFL superstar and seven-time Super Bowl winner Tom Brady.
Koepka plays his shot from the seventh tee during the second round of the World Wide Technology Championship at Mayakoba.
In response, Koepka posted a video offering free beer for any spectators kicked out of the Memorial Tournament for heckling DeChambeau.
DeChambeau plays his shot from the seventh tee during Saturday afternoon's Fourball Matches of the 43rd Ryder Cup.
Koepka questioned how big the rivalry between the two players is, as well as saying: "Playing 12 holes is nice.
"Him going out and trying to incite crowds and not having him man up and talk to me about it.
Over the four previous installments of the series, more than $30 million has been raised for various charities and initiatives.
Source