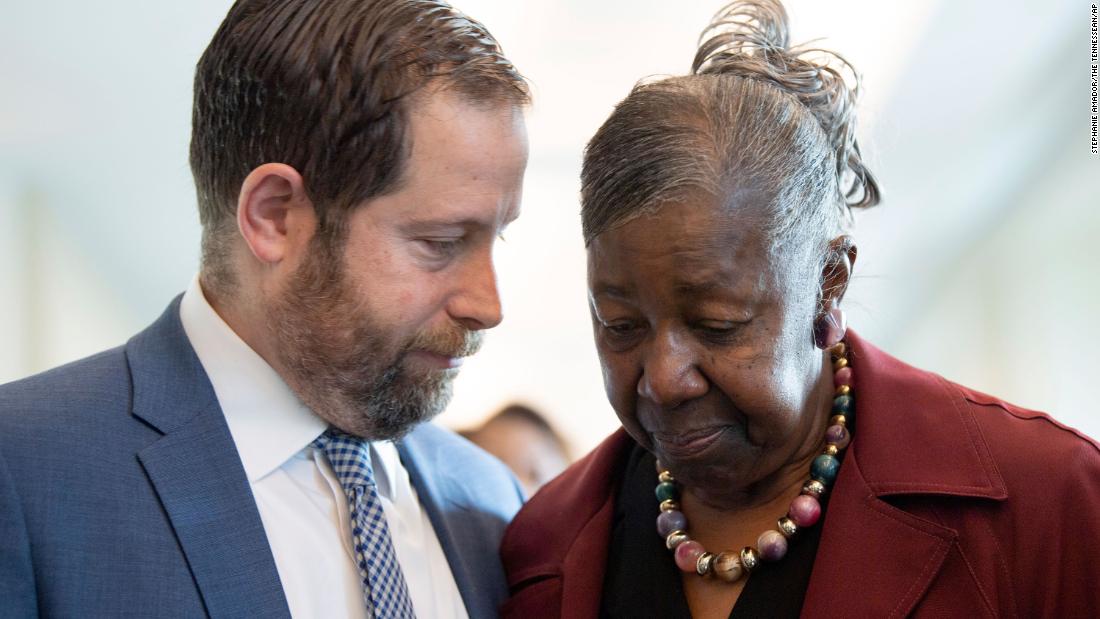 (CNN) A Tennessee woman who was wrongfully convicted of murdering her great-niece and spent 27 years in prison, was exonerated this week.
On June 26, 1987, Joyce Watkins, now 74, and her boyfriend at the time, Charlie Dunn, went to pick up Watkins four-year-old great-niece, Brandi, in Kentucky, according to a report filed with the Davidson County Criminal Court.
The next morning Brandi was unresponsive, so Watkins took her to Nashville Memorial Hospital.
Brandi suffered from severe vaginal injury and head trauma .
She was pronounced dead the following day, the report stated.
The two were with Brandi for only nine hours, but the medical examiner, Dr. Gretel Harlan, concluded the injuries were sustained during that time.
A year later, in August 1988, Watkins and Dunn were convicted of first-degree murder and aggravated rape.
Source