Ultimate Flags was honored to help make a beautiful event a reality in Deadwood, SD. The event, Healing Heroes Golf Tournament and retreat was held to honor the heroes of the 9/11 terrorist attacks over the 20th anniversary weekend at the Sacred Mountain Retreat Center.

Veteran Greg Maynard reached out to UltimateFlags.com for their help in creating and donating special flags for this event. They were to be given as gifts to the heroes that were at ground zero on 9/11/01. “These guys said they weren’t heroes but were just doing their jobs,” said Maynard.

Maynard’s role was to mentor veterans and law enforcement officers during a 7-day retreat. Although he was unable to play golf in the tournament due to a back injury, he had a great time with fellow veterans and first responders. “On the anniversary of 9/11, we had members of the NYPD and FDNY who all worked at Ground Zero come up and join us.” 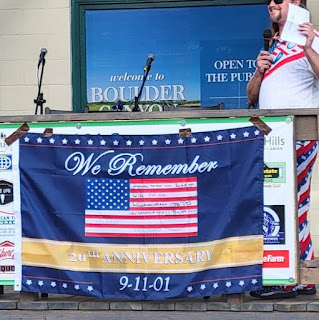 During the retreat, two veterans were gifted with yellow lab support puppies. SMRC runs a program called Puppies Healing Heroes. The goal is to connect support dogs with service members and first responders who are affected by PTSD or other disabilities. It is a donation-based program. 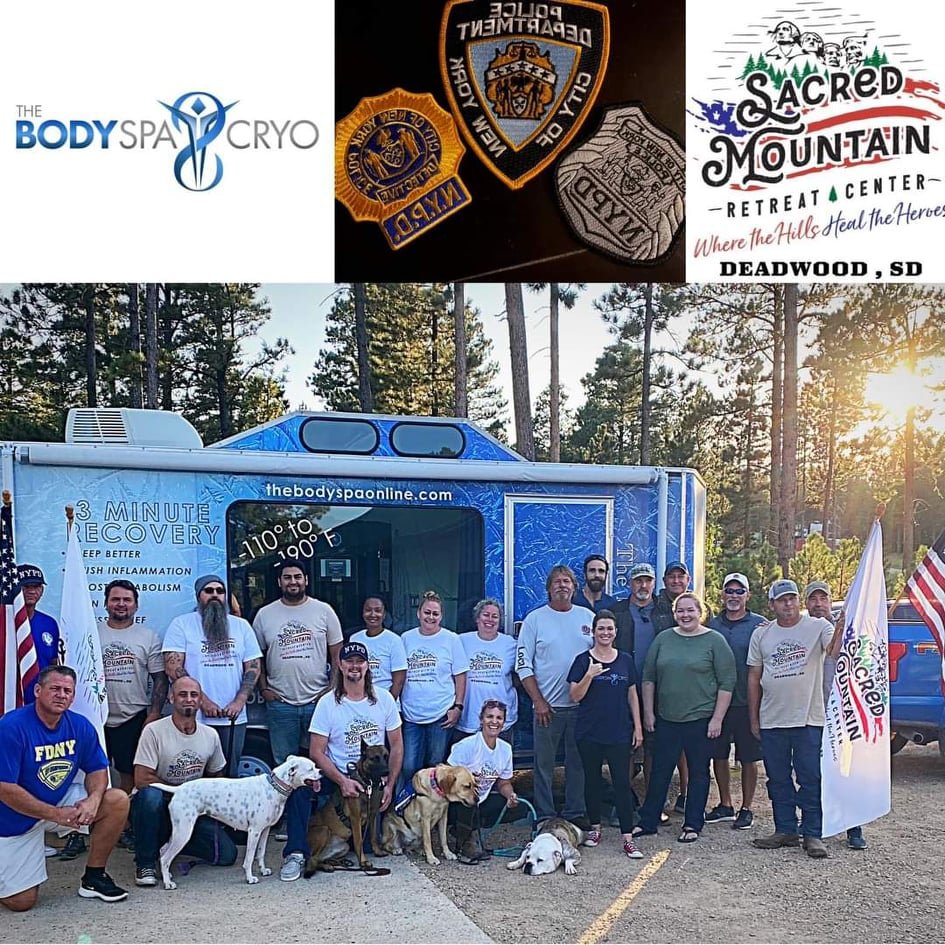 SMRC offers an amazing program designed for and around the Veteran and First Responder communities as well as Gold Star families. It is a “No Cost” program, where the transportation, food and lodging costs are all covered by the charitable donations of others.

At the event, Maynard asked all the veterans, law enforcement and firefighters to sign a flag. This flag was auctioned off and all proceeds were given to further benefit all those who come to Sacred Mountain Retreat Center. 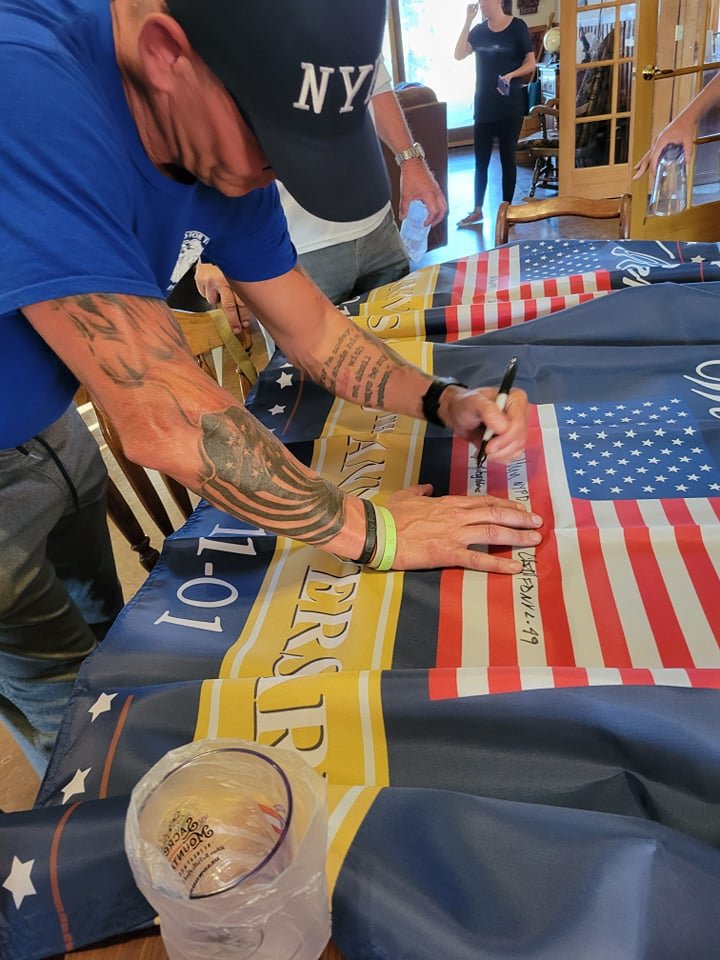 At Sacred Mountain, they are there to help Police Officers, 1st Responders, Veterans, and more deal with trauma. Their website states, “Not all scars are visible, but we all have them. Scars from watching friends die in a combat zone or taking another human life. Or, perhaps you’re an officer involved in a shooting that left a stain on your humanity. Maybe it was a fire call where the charred bodies still haunt you or the victim of a DUI that rode lifeless in the back of your ambulance. Every one of us who has walked with the devil and seen the darkness of humanity has a scar from their journey. It is part of the business, whether we knew it or not; part of the job we signed up for. Sadly, far too many try to weave a path through the chaos by themselves.” Sacred Mountain Retreat Center can help, visit www.sacredmountainretreat.org for more info.

Greg also asked the veterans, law enforcement and firefighters to sign 1 last flag so he could give to the owners of Ultimate Flags, Jonica and Glenn Hough, who never hesitate to help members of the military and 1st responders.

Jonica Hough stated, " This was something special that I will treasure forever. I am eternally grateful to all our veterans, law enforcement and 1st responders who keep our country and communities safe. I can't imagine what it was like in NYC on that tragic day. They are ALL heroes in my book. Thank you to all who serve, I humbly thank you for your service."

Jonica Hough stated, " I want to give a huge shout-out to Greg Maynard for always continuing to help others in our local community as well as nationally. You are appreciated more than words can ever express. And thank you for asking me to be a part of this beautiful event. I am honored to know you and call you my friend."