Brooklyn, New York – The consequences of slip and fall accidents can be life-altering. Over 1 million people visit the emergency room each year in the United States due to such accidents. They can cause broken bones, brain injuries, and even death. Often, the victims forego their legal right to receive compensation as they give credence to widespread myths about these accidents. With the help of a slip and fall lawyer, victims can correctly understand the legal remedies available to get compensation.

Denis Davydov, a highly rated slip and fall lawyer has nearly a decade of experience in New York personal injury matters. He has recovered millions of dollars for his clients by fighting for their legal right to fair compensation. He helps the victims with evaluating their claims, dealing with insurance companies, and representing them in court. 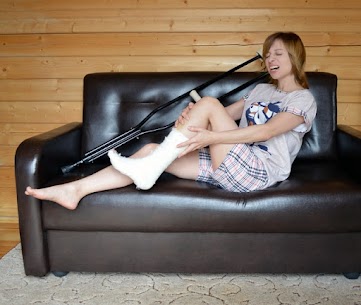 “When clients approach me, I thoroughly analyze the key evidence related to the accident to determine fault,” Mr. Davydov said. “Proving the other side’s negligence in the court is essential to get fair compensation for medical bills, lost wages, future costs, and, pain and suffering. Often, insurance companies try to blame the victim to convince them to accept a lesser settlement amount than what might be awarded legally. Many times, victims decide to not proceed with their claim as they believe some common myths about these accidents. As a result, they either accept a lesser settlement amount or give up their right to compensation even after getting wronged by someone.”

Mr. Davydov said that the most common myths about slip and fall accidents include believing that compensation is awarded only for visible and major bodily injuries, assuming that one has lost the right to sue because they did not sue immediately after the accident, believing that settlement with the insurance companies will be time and cost-effective and accepting that the other side’s incapacity to pay will bar their compensation claim.

“When the people who suffer injuries from slip and fall accidents believe such incorrect facts, they settle for little or no compensation and sometimes, even decide to not take legal action. For example, when a victim tries to settle quickly with the insurance companies, they may convince the victim into believing that the accident was a result of the clothing and shoes that were worn by the victim, or they may tell the victim that pursuing legal action will cost them more money and time.”

Mr. Davydov believes that no one should let go of their right to get fair compensation for the mistakes done by others. Getting professional legal advice before believing these myths ensures that victims do not make a wrong decision about their legal claims. Denis Davydov is a slip and fall lawyer offering top-rated legal services in Brooklyn. For individuals who want to know more about his work and experience, his details can be found through his website at https://davydovlaw.com/four-common-myths-about-slip-and-fall-claims-in-brooklyn/