With these four musical video pieces Judi Silvano (voice), and Bruce Arnold (guitar), the Sonic-Twist® Duo completes the release of the last four installments of the “Unity” CD.

Each month beginning with September of 2020 and extending through October, November, and December. Silvano and Arnold have released four individual videos (five in November) with a final release date of January 15, 2021, wherein the entire CD will be fully released.

The music and videos have been featured on “Radial by The Orchard” video channel on YouTube.

Both artists are composers and this music is co-composed with natural and electronic sound processors. A unique and artistically challenging time period fully realized by two creative powerhouses. 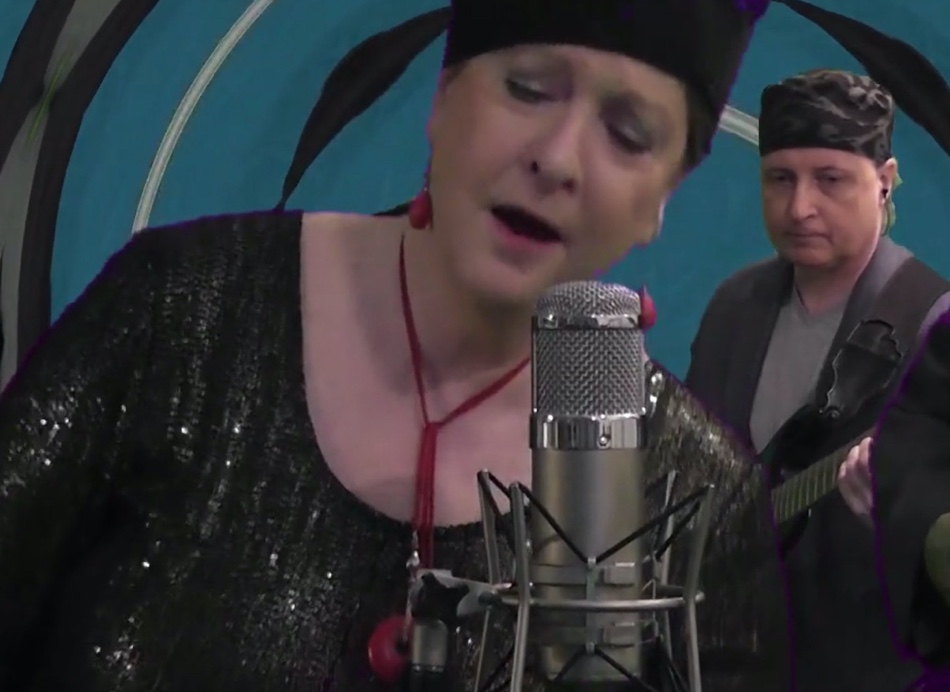 The video collaboration with Michal Shapiro creates a seamless vision as these three artists utilize their skills in an innovative and masterful approach to sound, composition, color, and form.

Arnold’s sci-fi sounding music is breathy, cooler than hot, and mercurial in nature. The notes are suspended in the air and they languish delicately as the sounds gently descend to whispers.

Visually, videographer Michal has chosen the sci-fi route as well. At first, the images could be seafaring rafts floating without gravity, or a biology experiment gone wrong, but soon it becomes clear neither is the case.

The music drifts contentedly and leaves an imprint that is reflective, probing, and impersonal. A spaceship vestibule, an underwater adventure, or a short walk on a rainy evening.

Listen when daydreaming about a plan being hatched or reflecting on an action already taken.

This dreamlike solo guitar piece is both uplifting and musically adventurous.

Shaman’s Plane is a journey to the netherworlds on the wings of Judi Silvano’s voice and Bruce Arnold’s guitar.

Together the musicians create a world of psychic shadowing reaching back into time and various feelings that are alternately adventurous yet deeply personal.

Along with Michal Shapiros’s images, the music and the sounds generate textures reminiscent of flying dreams.

The title of the piece suggests accessing other worlds, which “Shaman’s Plane” will surely do upon repeated listenings. Loop it and feel how the music elevates the spirit.

Videographer Shapiro has chosen to feature a series of cats and kittens in various styles and positions of play and inquisitiveness.

This piece relies more on acoustic sounding exchanges between the voice and guitar. With fewer electronic sounds, it is one of the more earthy pieces on the “Unity” CD.

Here is a track with hypnotic, mesmerizing visuals and multiple layers of sounds from both guitar and voice, texturized into a galactic realm of sonic impressions.

The music is heavily processed with arpeggiated glacially slow movements finding their way into ice caves of bell-like murmurs.

One could easily listen to this music and go into a deep internal reflection journey.

Shapiro's video of concentric circles with rainbow color deviations imbues the music with a feeling of space and trance-like elegance.

“Shimmer Down” offers an image of transparent, glassine caterpillars moving slowly up a branch.

Silvano’s voice is crystal clear, disarmingly inventive and along with Arnold’s guitar sounds, the singer/composer brews a potent brew of calm transcendence.

“Shimmer Down” is a fitting close to this journey of collaborative effort from Bruce Arnold’s “Heard Instinct Studios” in New York City.

Three artists with complementary visions have brought forth a significant work interweaving acoustic and processed sounds and images combining both 20th and 21st-century expressive techniques.