Australian startup and cutting-edge technology ecosystem innovator, EarlyBirds is drawing attention to the potential of using nuclear-enabled hydrogen as a large-scale, zero-carbon, source of energy. Readers can find out more about EarlyBirds and how its services can help Early Adopters leverage up-to-date research in the field by heading over to earlybirds.io.

Hydrogen is an alternative fuel that has long been one of the most promising candidates on the list of clean technologies that can eliminate carbon emissions. The only by product of using a hydrogen fuel cell is water. Hydrogen fuel cells are also safe and portable enough to be mounted to road vehicles, making them extremely viable for eventual large-scale production to provide for a significant percentage of the world’s energy needs. However, though hydrogen in fuel cells itself doesn’t lead to emissions, scientists have not found an equally non-polluting process for extracting hydrogen. 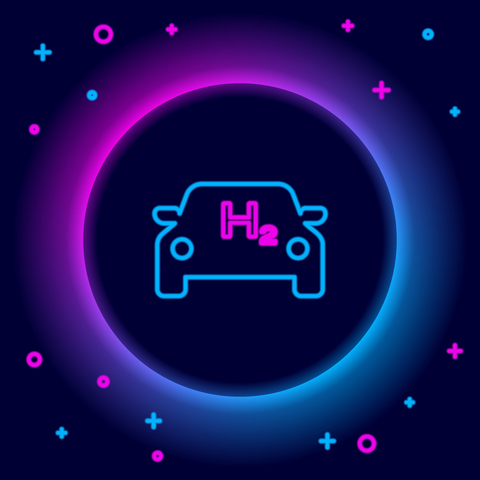 There are several ways to extract hydrogen each with its pros and cons in terms of extraction efficiency, carbon emissions, and overall cost. The hydrogen that is extracted from these processes is broadly categorized into three different types nicknamed gray, blue, and green hydrogen. Gray hydrogen is the most widely extracted because it is relatively inexpensive. Gray hydrogen extraction is not environmentally friendly as around 10 kg of CO2 is released for every 1 kg of gray hydrogen produced.

Blue hydrogen extraction uses the same basic physical process as gray hydrogen but supplements it with additional precautions to ensure that the escaping CO2 is captured and not allowed to enter the environment. Green hydrogen, the truly sustainable hydrogen extraction process uses electrolysis to separate hydrogen and oxygen molecules. This is a very costly process due to the need for expensive equipment and the large amount of electricity needed to perform the extraction. However, with the possibility of using renewable sources of electrical energy such as wind and solar, it is possible to reduce energy costs and make green hydrogen extraction viable.

IEA, the International Energy Agency, a consortium of 31 member countries and 8 association countries, has identified hydrogen as one of the most important components of its vision to reach net-zero emissions by 2050. It also mentions on its website that during the COVID-19 pandemic, hydrogen technologies continued their strong adoption and supplied a steady energy output. In the same year, there was also renewed global interest to examine policy solutions to increase low-carbon hydrogen production.

Finally, the latest and most interesting hydrogen extraction process, nicknamed pink hydrogen, uses nuclear energy to make hydrogen electrolytically. Even more promisingly, in the future, high-temperature reactors can also be used to make hydrogen thermochemically. Pink hydrogen has the potential for the large-scale generation of hydrogen at a reasonable cost. Nuclear-enabled hydrogen has zero carbon emissions, a low-cost energy input, and offers co-location synergy and energy system connectivity.

The UK Hydrogen and Fuel Cell Association (UKHFCA) released a paper that showed that nuclear-enabled hydrogen is on par with renewables-enabled hydrogen when it comes to low emissions as well as affordability. The paper also highlighted that the production of nuclear-enabled hydrogen can be a large-scale opportunity with a 3 GW nuclear plant having the potential to generate enough hydrogen to decarbonize the heating of 1 million homes or 40,000 hydrogen buses.

EarlyBirds cofounder Kris Poria talks about how its open innovation ecosystem can contribute towards hastening the advent of ubiquitous nuclear-enabled hydrogen by saying, “Tackling complex challenges like nuclear-enabled hydrogen is the very reason EarlyBirds was started. We are monitoring over 4 million organizations that have unique solutions ready to be discovered to tackle complex problems. If you’re an early-stage startup, a scaleup or mature companyworking on technologies that can usher in large-scale nuclear-enabled hydrogen production before its time, we encourage you to sign up to our platform as an Innovator or claim your listing at https://earlybirds.io/en/innovator. If you represent a government or a large multinational energy producer, EarlyBirds has the expertise and track record to help you solve the most complex challenges in energy production and identify gaps where further intervention may be required. We can also map complex ecosystems in the renewable energy sector by focusing on business or technology themes.”

EarlyBirds helps established corporations implement their industry’s latest innovations by tapping into the offerings from high-performing global startup,scaleup and mature innovators. The platform also hosts Subject Matter Experts who act as guides for business leaders to identify the innovators whose products, services, and processes are the best fit to solve the industry’s most relevant and pressing problems.

Business leaders and government officials, who guide the direction of renewable and futuristic energy generation in their country or company respectively, who are willing to make bets on technologies with high overall energy output potential, such as nuclear-powered hydrogen, can sign up to the EarlyBirds platform as Early Adopters at https://earlybirds.io/en/early_adopter. Alternatively, contact EarlyBirds to discuss strategies, plans and challenges to shape the capabilities one needs to achieve one's goals.

For more information about EarlyBirds, contact the company here: