Oakland County School Violence Lawyer Paul J. Tafelski Explains How a Joke Can Be Prosecuted as a Threat in Michigan

Oakland County school violence lawyer Paul J. Tafelski releases a new article (https://www.michigandefenselaw.com/school-shooting-lawyer/) that explains the consequences for students who make school shooting threats. According to the lawyer, school shootings in the United States are happening more often and parents are afraid for their children's lives when they hear such horrendous news.

According to the Oakland County school violence lawyer, "You also cannot deny that adolescents often speak without thinking and can say inappropriate things as jokes or amid emotional outbursts. When a child says "I'm going to kill you" or "I'd love to shoot up this school," he or she can be charged with making a terroristic threat which is a violation of MCL 750.543m." 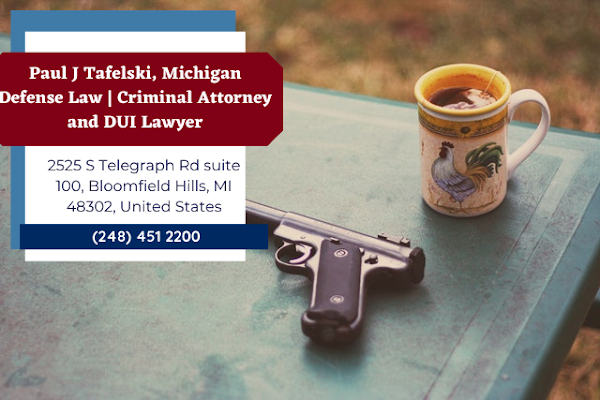 The lawyer mentions that dozens of students have been charged with making terroristic threats against schools this year alone. These threats are considered felonies by law enforcement. Because school shooters in the past have displayed warning signs that officials ignored, law enforcement takes these threats more seriously now than ever.

Attorney Paul J. Tafelski adds that any threat, even if said as a joke, can be prosecuted. If a person is convicted of making terroristic threats, they can face up to 20 years in jail and a maximum of $20,000 fine.

In the article, attorney Tafelski mentions how prosecutors could seek immediate imprisonment and place the child in a juvenile jail while the case is pending. This is usually done by prosecutors to ensure that the public understands how serious such an offense is.

"They have no problem using your child as a pawn to look tough or appease a mob mentality. It is very important you have representation prior to the first court appearance. In Michigan, individuals aged 18 and over are tried as adults. In certain cases, namely those in which the minor's charge would be a felony if an adult had committed it, it is possible for the court to try an individual as young as 14 as an adult," says the school violence lawyer.

Lastly, attorney Paul Tafelski emphasizes that if someone’s child is accused of making a terroristic threat, it is important to seek the guidance of an experienced school violence lawyer right away. Having a skilled lawyer may be able to help the child protect their freedom and understand what their rights are.

Michigan Defense Law’s team of school violence lawyers takes the presumption of innocence very seriously. They believe that every client deserves competent legal representation. No matter if someone is facing a felony or misdemeanor charge, the lawyers at Michigan Defense Law will work hard to vigorously defend the client and achieve the best outcome for them. Call Michigan Defense Law today at (248) 451 2200 to schedule a consultation.