“Separation agreements are legally binding contracts between marital spouses that are often put in place prior to a divorce. With the benefit of a legal agreement, you and your spouse are able to maintain separate living arrangements while agreeing to child support and child custody matters, earnings, division of property, and debts to ensure that both of you are on the same page under the law. Just like divorce, if one spouse is not compliant with the agreement, the courts are then able to enforce the terms,” says the NYC separation agreement lawyer. 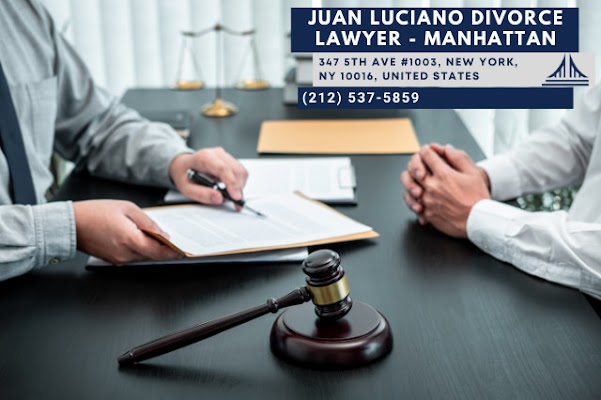 The lawyer explains that there are no legal requirements that an individual should have a family law attorney to help them prepare a separation agreement. However, it is important to understand the terms of the agreements as well as the implications. The couple must be clear on how the agreement affects custody and child support.

Attorney Juan Luciano adds that when a person enters an agreement, they should do it with their needs in mind. Under New York law, a separation agreement is voluntary but legally binding. The marital parties must decide on matters such as spousal support, custodial rights, and property division.

According to the divorce lawyer, “Although most separation agreements will be legally valid, there are some cases where family law courts will be called upon to look closely at the fairness of the document. In cases of fraud or coercion, the agreement may be found invalid by the courts. If both spouses choose to change their minds about the separation and reconcile instead of going on to either contested divorce or uncontested divorce, the document, in most cases, will then become void.”

Lastly, the lawyer emphasizes the importance of having a skilled divorce attorney when it comes to matters such as child custody. Having an experienced lawyer may be able to help the client understand their rights and responsibilities in a divorce case, and may be able to help them receive a favorable income.

Juan Luciano has spent his career in the complex legal world of family law. He has earned a reputation for excellence at the negotiation table as well as when in court. He is also fluent in Spanish. Contact us today at (212) 537-5859 to set up an appointment for a consultation with New York divorce lawyer Juan Luciano.