NY Koen Group and Geap International have agreed to work together to facilitate the growing need for the supply and distribution of Kosher Food and Beverages in the UAE and surrounding Gulf countries. This development comes on the heels of the opening of trade relationships between the UAE and Israel. The memorandum was signed by Naum Koen, CEO of NY Koen Group, and Mahendra Patel, Chairman of Geap International Group.

The Israel–United Arab Emirates normalization agreement was initially agreed to in a joint statement by the United States, Israel, and the United Arab Emirates (UAE) on August 13, 2020. This made the UAE the third Arab country to agree to formalize its relationship with Israel after Israel and Jordan. The agreement was signed at the White House on September 15, 2020. It was approved unanimously by the Israeli cabinet on October 12 and was ratified by the Knesset, the national legislature of Israel, on October 15. The UAE parliament and cabinet ratified the agreement on October 19. 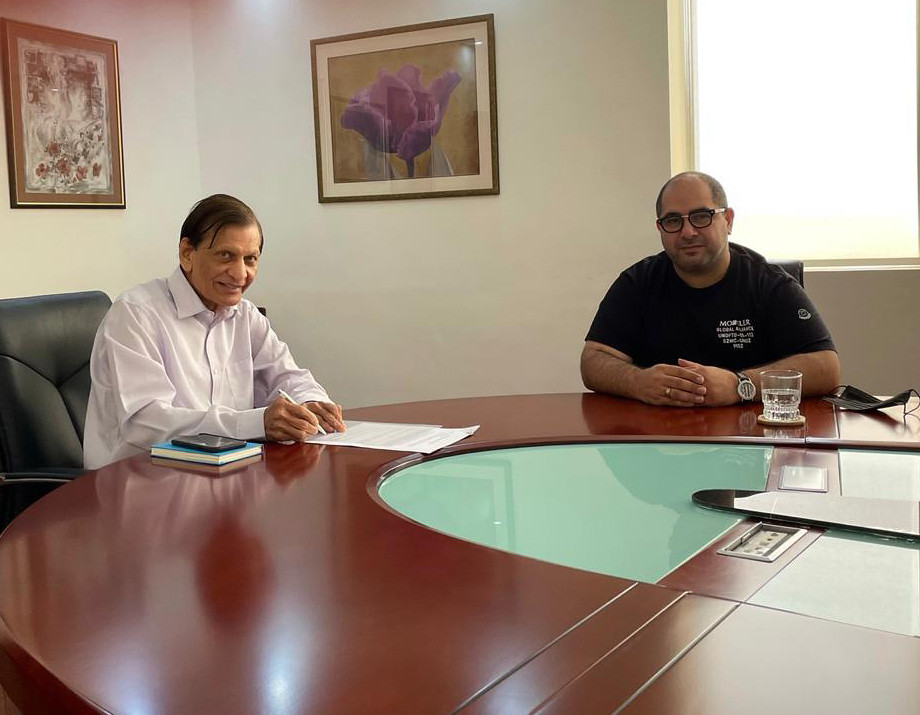 The treaty recognizes each state's sovereignty, obliges the two states to exchange ambassadors and conclude bilateral agreements on several topics including visa agreements, and will enter into force upon ratification. The treaty aims to begin cooperation across the board and on a broad range of areas including tourism, education, healthcare, trade, and security. While the two countries had long-maintained de facto recognition in areas of business including the diamond trade and high tech industries including artificial intelligence and defense, the accord opened the door to a much wider range of economic cooperation, including formal investments.

A spokesperson for the company, Naum Koen, says “The agreement between the UAE and Israel has created fertile ground for new partnerships between entrepreneurs in both countries. We believe that by being one of the first companies to utilize the benefits brought by the agreement, we are paving the way for longer, more fruitful alliances in the future. We aim to make the most of the opportunity this agreement brings and also hope it sets a shining example that will compel others to follow in our footsteps. We are excited to work with Geap Foods, which has a long and reliable record of doing business in the logistics sector. The experience that they bring to the partnership is very valuable and we are proud to have them on our side.”

Prior to 2003, Geap had a presence in shipchandling operations in the form of Gulf Ship chandling. Leveraging the expertise gained from the supply chain management of food and consumable products, Geap extended its distribution platform by entering into the food distribution business onshore, with a view to supplying the wholesale, retail, re-export, catering, and hotel sectors. Geap launched a new food distribution business, under its own brand of Geap Foods in 2004.

More recently, GEAP Foods has been involved in the supply of a range of food products and consumable products to various clients from different market sectors from hotels to supermarkets to restaurants. Geap Foods claims to differentiate itself by supplying many products that are distributed under its own private brands and labeling. Geap Foods controls its own warehousing and cold storage and also maintains its own fleet of refrigerated and non-refrigerated delivery vehicles as part of its own logistics infrastructure. The Geap Foods product range includes frozen foods, chicken, lamb, seafood, pork, canned items, juices, aerated drinks, preservatives, fruits and vegetables, grains, pulses, spices, rice, and many more such items.