New York City legal separation attorney Ryan Besinque (https://www.besinquelaw.com/legal-separation-lawyer-nyc/) releases a new article explaining what legal separation is and how it differs from a divorce. The lawyer mentions that during a turbulent time in a couple’s marriage, they may choose to take time away from each other. A “time-out” from the marriage may be something that will help the couple decide what is best for them and their family. 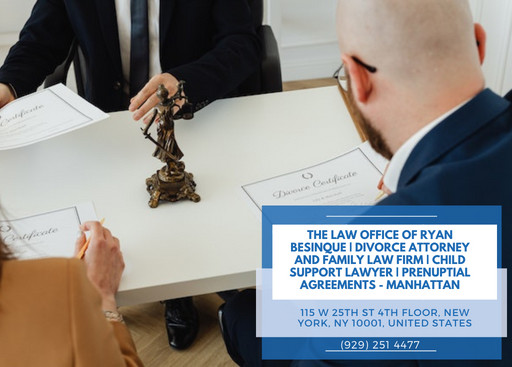 The lawyer explains that a legal separation is an agreement between married couples who agreed to live apart. They may also be separated informally, however, an informal separation lacks important protections for both parties and their families.

The legal separation lawyer also says, “There are many reasons that spouses choose to not be together anymore. Often, couples want to stay married for economic reasons or to continue to file joint tax returns. Some remain married for a finite period in order to become eligible for social security benefits based on their spouse’s income. Whatever the grounds they have, legal separation provides them with a framework while pursuing their own life outside the marriage.”

Ryan Besinque, Esq. is an experienced New York City legal separation attorney. He has witnessed firsthand the financial and emotional toll divorce and separation can take on families during his years of practice. He tailors his approach to ensure that each client is fully represented and feels optimistic about the future. Contact them today at (929) 251-4477 to schedule an appointment.

The Law Office of Ryan Besinque