Manhattan divorce lawyer Juan Luciano releases a new article (https://divorcelawfirmnyc.com/can-phone-records-be-used-to-prove-adultery/) that explains the role of phone records in a divorce process and whether they can be used to prove adultery. The lawyer mentions that cell phone technology can have its good and bad sides. With the advancement of technology, smartphones have been able to leave digital trails that can either help an individual or hinder them.

“In family court settings, incriminating phone records are often used as evidence in more and more divorce proceedings. Consequently, if you suspect that your spouse has committed adultery, their cell phone records may provide some serious evidence against them,” says the Manhattan divorce lawyer. 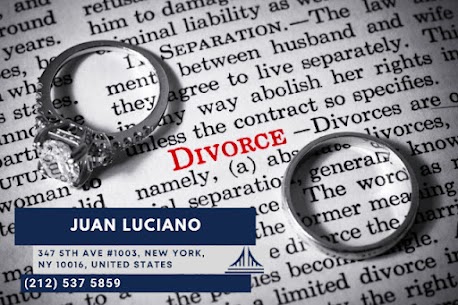 The lawyer explains that phone carriers usually have privacy policies that help protect an account holder from other people, including family members. In order for a cell company to release private phone records to others, they need a court order. However, these privacy policies do not apply to couples who share a phone plan.

Attorney Juan Luciano adds that if a spouse suspects adultery, the shared information on their phone records can be used against the other spouse. A divorce attorney may be able to petition the court to get the records from the carrier if the other spouse refuses to provide them. It is also important for a spouse to preserve message contents as much as possible since the providers will not be able to provide the exact content of the messages.

In the article, attorney Luciano also says that today’s phones are extremely advanced and can hold a lot of data. Any messages between the other spouse and the other party can be used as evidence in a divorce. Some people would use a second phone for this kind of communication so it is important to be on the lookout for those, too.

According to the divorce lawyer, “Not only is adultery grounds for divorce but it can also be used in other considerations made by the court during a divorce. Evidence of adultery may be considered when the court weighs a spouse’s “moral fitness” in child custody matters. If the evidence suggests that the individual’s behavior has had a negative impact on the child, the court may decide to limit that person’s custody and parenting time.”

Lastly, attorney Luciano emphasizes the importance of having a skilled lawyer when it comes to matters such as acquiring copies of text messages. Having an experienced lawyer may be able to help the client have an easier time during the divorce process.

Juan Luciano has spent his career in the complex legal world of family law. He has earned a reputation for excellence at the negotiation table as well as when in court. He is also fluent in Spanish. Contact us today at (212) 537-5859 to set up an appointment for a consultation with New York divorce lawyer Juan Luciano.