“In some cases, defendants face not only drug DUI charges but also drug crime charges. If someone is arrested for a drug OWI and the police found non-prescribed medication such as Vicodin or Xanax or street drugs like Heroin or Cocaine, felony charges for the drugs can come after the DUI arrest. These issues can significantly enhance or complicate the case It is crucial to retain an attorney with experience in this area,” says the Macomb county drug DUI lawyer. 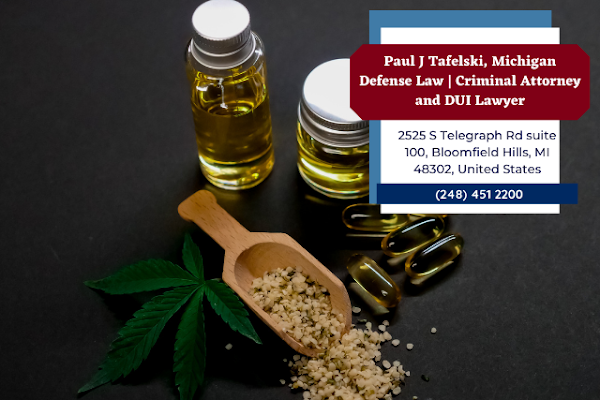 Attorney Paul J. Tafelski adds that various kinds of DUI tests may be administered when a law enforcement officer suspects that a person is under the influence of drugs. These tests include breath tests, blood tests, and field sobriety tests. Usually, a Drug Recognition Expert (DRE) will be brought to the scene if the police officer suspects that a person is operating under the influence of drugs.

Attorney Tafelski also says, “In cases where a client feels they have been wrongfully charged with Operating While Impaired by Drugs that were prescribed, we can work with their physicians and sometimes even consult experts to defend the client’s management of their medications and fight the charges. Sometimes, in these cases, the best approach may be to mitigate the damages and work toward a plea bargain while convincing the Court that this was simply a misunderstanding in the management of prescribed medications.”

Lastly, attorney Paul Tafelski emphasizes the importance of having a skilled lawyer when facing charges of operating while under the influence of a drug or Drug DUI. Having an experienced attorney may be able to help the defendant understand their rights and protect their freedom.