Long Island DWI Attorney Jason Bassett Discusses the Differences Between a DWAI, DWI, and a DUI

Long Island DWI attorney Jason Bassett releases a new article (https://jbassettlaw.com/what-is-the-difference-between-a-dwai-dwi-and-a-dui/) explaining the differences between a DWAI, DWI, and a DUI. The lawyer mentions that driving under the influence of alcohol, drugs, or a combination of these substances can have serious penalties. The charges for DUI will depend largely on the level of intoxication.

According to the Long Island DWI attorney, “Most people don’t go out for the evening intending to drive under the influence, but sometimes “just one drink” leads to another, and then another… and then the next thing you know you’ve been pulled over by the police for drunk driving in the state of New York.” 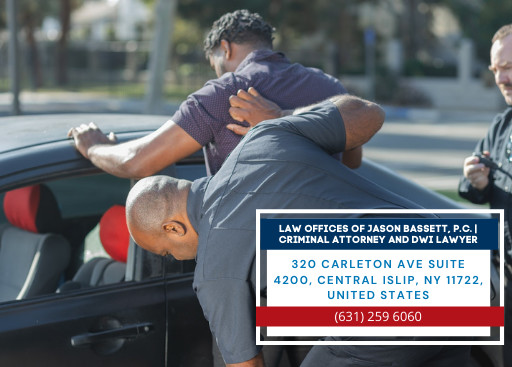 The lawyer says that DWI stands for driving while intoxicated and DUI for driving under the influence. People often use DWI and DUI interchangeably, but the legal terms differ from one state to the next. A person who has a blood alcohol content of at least 0.08 percent is considered intoxicated and cannot legally drive.

Attorney Jason Bassett mentions that DWAI stands for "Driving While Ability Impaired." There are three types of DWAI: Alcohol, Drug, and Combination. DWAI/Alcohol is when a driver has a BAC of between 0.05 to 0.07. DWI/Drug refers to driving with impaired ability due to a single drug.

In the article, the lawyer says that being charged with a DWAI can result in a fine between $300 and $500, a 90-day license suspension, and up to a 15-day jail sentence. If the DWAI involves drugs and can mean a $500 to $1000 fine, a revoked license for at least 6 months, or even up to one year in jail.

Attorney Bassett explains that driving while impaired by alcohol or drugs can result in a suspension of your driver's license, fines and even possible jail sentences. The severity of the DUI, as well as whether it is the first offense, will determine the penalties.

Lastly, attorney Jason Bassett emphasizes the importance of having a skilled DWI lawyer when facing drunk driving charges. An experienced DWI lawyer may be able to help the accused receive a more favorable outcome and avoid the negative impacts of a DWI charge.

Jason Bassett, Esq. has dedicated his practice to defending the rights of those who are accused of criminal offenses. He puts his unique perspective as a former prosecutor to work and provides the best legal assistance he can give to his clients. Mr. Bassett brings a unique combination of skill, experience, and zealous advocacy to provide his clients with the best possible outcomes. Contact him today to schedule a consultation.