Fayetteville, TN – Three major drug companies are being accused of igniting the opioid addiction crisis by deliberately flooding a small West Virginia area with opioids. They shipped a total of 81 million pills to a community of 46,000 people, amounting to more than 1,760 for every man, woman and child.

It’s up to U.S. District Judge David Faber to decide if the pill shipments harmed the people in and around Huntington, W. Va., and whether the companies should pay to fix the problem. Experts say that if he rules against the drug suppliers, it could establish the opioid crisis as a public nuisance that thousands of other cities and towns could claim damages for. 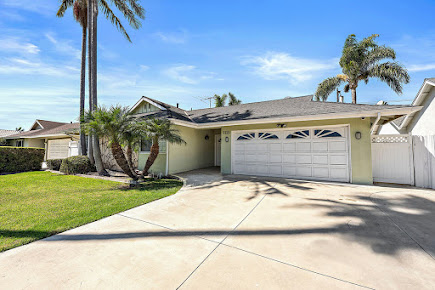 Officials in Huntington and Cabell County are suing the three-drug wholesalers — AmerisourceBergen, Cardinal Health and McKesson —for up to $2.5 billion in damages, which would be used to pay for programs alleviating the opioid crisis.

The companies do not dispute the number of pills they sent to Huntington. However, they insist they were only providing medication for legally written prescriptions. They argue that the blame lies elsewhere: physicians who over-prescribed the drugs, pharmacists who blindly filled them and regulators who failed to exert any control over them. Neither do the companies disagree that opioid addiction has reached crisis levels across the United States.

Prescription pain medication makes up a large part of the addiction numbers. According to the U.S. Centers for Disease Control and Prevention (CDC), opioids were involved in almost 75 percent of the record-high 93,000 overdose deaths in 2020.

Opioids were developed to manage profound “breakthrough” pain in cancer patients. Observers of the crisis say it began when the highly effective and addictive painkilling drugs were soon being prescribed at too high a rate, which led to addiction for many patients. While a lucrative trade in illegal opioids sprang up, opponents say the crisis is rooted in the legal market. Drug companies have been accused of intentionally fueling addiction rates, beginning in the late 1990s, by aggressively marketing the drugs and overloading communities like Huntington.

The CDC now reports that more than 500,000 Americans have died since then.

It’s a nationwide epidemic, but attorneys in the West Virginia case say their area has been hurt far more than other parts of the country. A shocking one in ten residents of Cabell County is now believed to be opioid-dependent. According to evidence presented during the trial, more than 2,500 local children have been born with developmental challenges linked to their mothers’ opioid use. In the last five years, 6,400 people have overdosed on drugs.

There’s no question that opioids have done significant damage around the country. Similar trials are underway in California and New York, while a federal trial is scheduled to begin in Ohio in October. If successful, they could help thousands find support and treatment for their addiction to opioids. The CDC has called for more awareness of treatment programs and more access to them.

Opioid dependence is one of the substance use disorders for which addicts can find help at Resurgence Behavioral Health. Resurgence operates a network of treatment centers with locations in Tennessee, Texas, California, and more. They provide comprehensive solutions for drug and alcohol addiction. In addition, Resurgence also treats mental and emotional disorders that are often the actual underlying problem; substance use is usually a symptom of deeper issues. Addressing those allows for long lasting fundamental change. Treatment at Resurgence includes medically assisted detox, residential and outpatient rehab, and follow-up care for long-term sobriety. For help or more information, call (855) 458-0050.