Indianapolis, IN - In a win for the people of Indiana, an Indianapolis meth trafficking ring was dismantled and its leaders sentenced to decades in federal prison. The leaders of the drug trafficking ring, Clifford R. King, Eric Walker, and Derrick Grander, were sentenced in 2021 after a two-week jury trial. 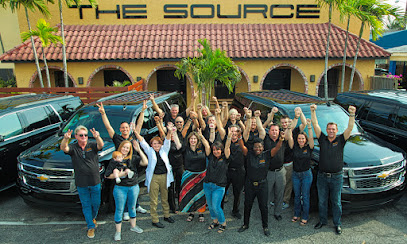 While trafficking meth in Indianapolis in 2019 and 2020, the group supplied between two and five pounds of 100% pure methamphetamine each day to their customers. King was involved with the distribution of the meth while Grander was one of King’s suppliers transporting large quantities of methamphetamine in from out of state.

Grander was caught in a Los Angeles hotel in November of 2019 with 59 pounds of meth which he intended to supply to King in Indianapolis.

Walker was another of King’s main suppliers of meth. A call between Walker and King was intercepted during a separate investigation that resulted in Walker being tried and charged with possession of cocaine and neglect of a dependent. In the call, they discussed Walker’s trial and their ongoing meth trafficking ring.

Through the diligent work of the Bureau of Alcohol, Tobacco, Firearms, and Explosives, the Drug Enforcement Agency, the Metro Drug Task Force, the Indianapolis Metropolitan Police Department, and the Internal Revenue Service Criminal Investigation, the massive meth trafficking ring was dismantled and untold amounts of drugs were kept off the streets in Indianapolis.

“Dismantling drug trafficking organizations and taking guns out of the hands of previously convicted felons, is a critical part of our fight to reduce violent crime in our communities,” U.S. Attorney Zachary A. Myers commented following the sentencing.

The efforts of federal agencies and law enforcement are an important part of the fight against life-threatening drugs flooding communities across the country. While crucial, it is one part of a larger strategy to help combat substance use disorder.

Addiction treatment centers commend the efforts of federal and state agencies to help take methamphetamine and other illicit drugs out of communities and encourage people struggling with drug addiction to find the help they need.

The Source addiction treatment center in Fort Lauderdale Florida serves residents of Indianapolis struggling with addiction to meth or any other substances. Anyone in need of help can speak to a member of their team at any time by calling (800) 204-0418. Visit www.thesourcetreatmentcenter.com to learn more.

For more information about The Source Treatment Center, contact the company here: