The Histowiki website is pleased to announce to its readers and history enthusiasts all over the country that they have published a new Auto Glass Timeline in the US. This publication is one of the platform’s latest steps in their mission to make US history more accessible to the public.

The auto glass industry has grown from its modest beginnings in 1913, when a very rudimentary windshield was first placed in automobiles produced on an assembly line, to a global industry with $19 billion in annual sales. Windshields offer an aerodynamically curved front glass as well as protection from the wind and flying objects like dust, insects and rocks. UV rays can be defended against by using a UV coating. However, since the majority of car windows are made of laminated safety glass, this is often unnecessary.

Glass lamination was developed by two European inventors, Edouard Benedictus of France and John C. Wood of England. In his laboratory, Benedictus — a talented artist, writer, composer, bookbinder, textile designer and scientist — made a happy accident. He supposedly dropped a beaker in 1903, and his lab assistant put it back on the shelf because she thought it was clean. Later, Benedictus bumped with the shelf while climbing a ladder, sending the beaker flying back to the ground. It broke, yet the fragments were still there. The remaining translucent liquid plastic, cellulose nitrate, had solidified and stopped the glass from breaking. In order to promote its usage in automobiles, Benedictus created safety glass, which included two layers of glass sheets separated by a cellulose layer.

The next milestone was in 1911, with triplex glass laminating. However, this had been available for windshields in France from 1911 and in Britain from 1912. In 1913, it was adopted as an accessory by some high-end American auto manufacturers. By the year 1915, Oldsmobile made automotive history by including windshields as standard features. The Pane v. Ford case from 1917, which was found against Pane because he was only hurt as a result of irresponsible driving, is the most noteworthy illustration of this. In 1919, Henry Ford introduced laminated glass as a standard feature on all of his manufactured automobiles. Triplex was first used in automobiles by the Ford Motor Company in 1927. That same year, the Lincoln Motor Company started delivering police cars with bulletproof glass. All GM automobiles were first equipped with optional vent windows in 1933. Originally known as "No Draft Individually Controlled Ventilation," they were later renamed "Ventiplanes." The first automobile with a curved windshield made of a single piece of glass was sold by Chrysler in 1934. A synthetic resin was also created by American inventor Carleton Ellis which could block ultraviolet rays and prevent windshield discoloration.

Ellis patented this resin as polyvinyl butyral in 1938. Bud Glassman and Art Lankin founded Service Auto Glass in 1947, and the company can now be found in Wichita, Kansas. The ‘Wrap Around Windshield’ of the 1951-debuting General Motors LeSabre display car allowed for a greater view of the road. Initiated by Pilkington in 1959, the float method of glassmaking involves melting, mixing and pushing glass components through a small aperture onto molten tin. As a result, more affordable glass that is nonetheless of excellent quality and clarity is produced. The National Highway Traffic Safety Administration (NHTSA) was established in 1966, which was a significant year. The NHTSA is responsible for establishing safety requirements for motor vehicles and their accessories. 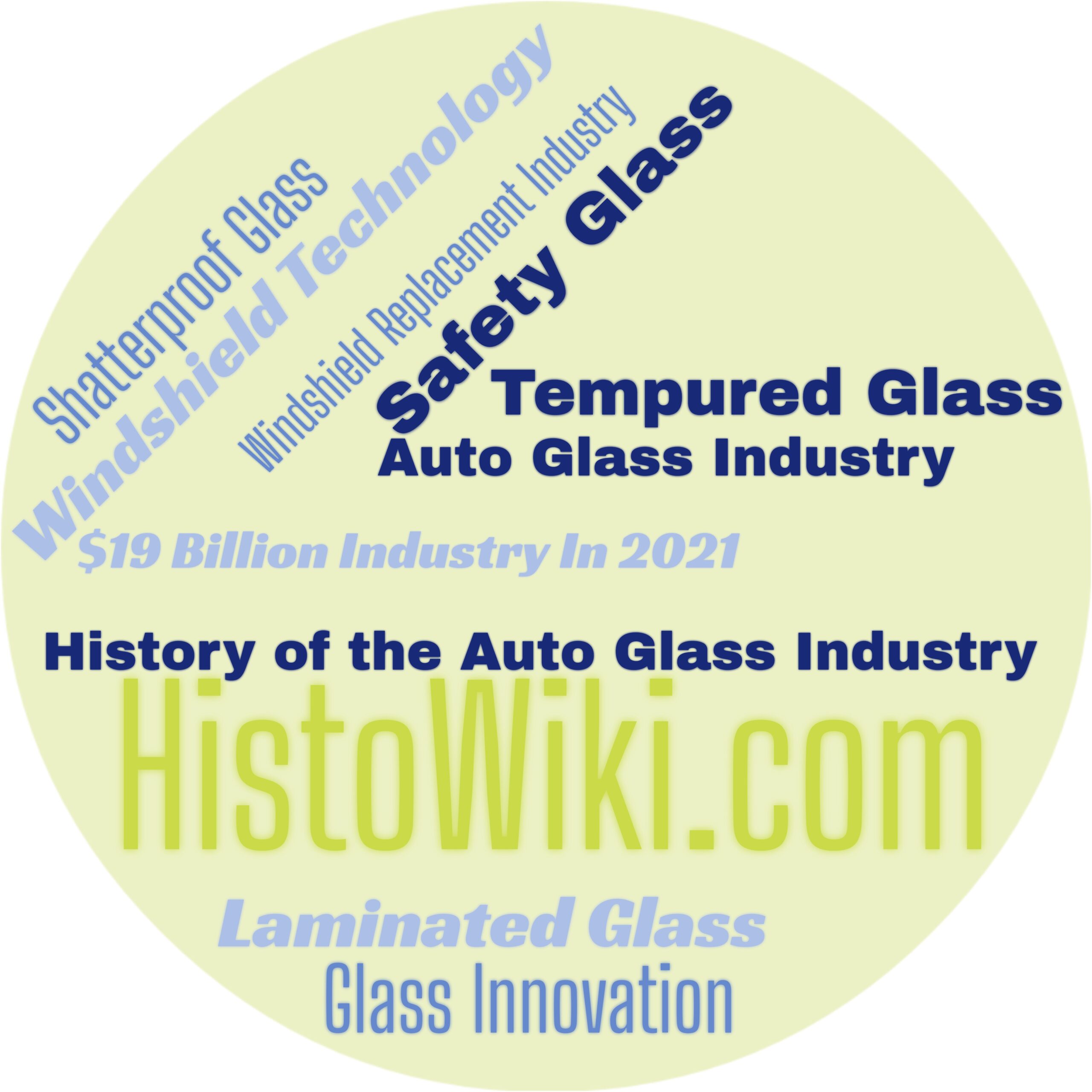 Minnesota Mining and Manufacturing Company in St. Paul, Minnesota, was the first business to create a maintenance system in 1971. The 3M Company first debuted a method they termed ‘Scotch Weld’ in that same year. The break was cleaned with ultrasonic vibrations, and fresh resin or glue was injected into the cracks using a syringe. The timeline covers till 2021, and smart glass options rapidly adopted by car manufacturers in the production of sun and moon roofs.

A crowdsourced reference site, Histowiki allows select editors to curate history. It is the duty of each curator to moderate their topic, encourage conversation and highlight the relevance of historical events to modern counterparts, such asthe Google Sites timeline with all site users. They warmly welcome new visitors and invite them to engage in the different conversation subjects that are constantly brought up on their website.

For more information about Histowiki.com, contact the company here: