Florida divorce lawyer Russell Knight releases a new article (https://divorceattorneynaplesfl.com/traveling-with-children-after-a-naples-florida-divorce/) that discusses traveling with children after a divorce in Naples, Florida. The lawyer mentions that by the end of a divorce, the court is required to enter a parenting plan that details how both parents are going to manage their duties after the divorce. 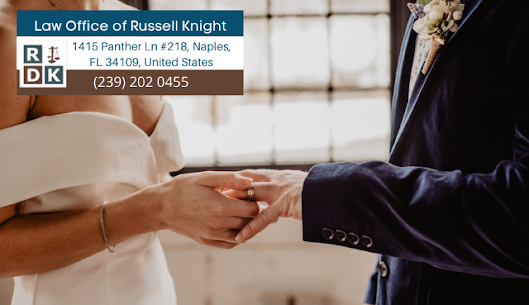 The lawyer explains that the Florida statutes require that a parenting plan consider and address the needs of school-age children. When traveling, the first consideration is to know whether that travel schedule fits within the child’s school schedule.

Attorney Knight discusses that if a parent wishes to travel with the child, they can do so anywhere within the United States. There will be a clause in the parenting plan that will require the traveling parent to inform the other parent in advance of the location of the child while they are traveling.

In addition to the aforementioned, attorney Knight explains that sometimes there will be an incident where a parent has breached the trust of the other parent. In this case, the non-traveling parent can petition the court to not let the child travel with the offending parent.

The lawyer explains that it is illegal for a parent to bring the child to another country and refuse to return the child despite the orders of the Florida courts. In such a situation, the other parent can invoke the Hague convention and try to get the child back from the other party.

Lastly, attorney Knight emphasizes that it is important to speak with an experienced attorney when it comes to matters involving child custody and child travel. Having a skilled attorney will help the parent understand their rights and help them get the child back if the other parent refuses to return the child.

About The Law Office Of Russell Knight