Florida divorce attorney Russell Knight releases a new article (https://divorceattorneynaplesfl.com/if-i-was-married-in-another-state-can-i-still-get-divorced-in-naples-florida/) explaining the possibility of getting a divorce in Florida if they got married in another state. The lawyer mentions that people often think that the place where they got married will matter in a divorce. But this is not the case. When it comes to divorce, it does not matter where the marriage took place. 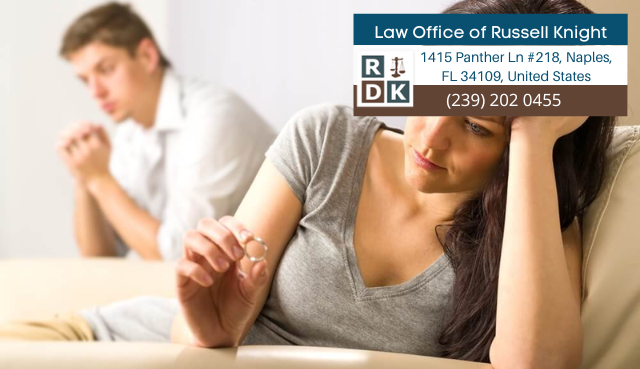 Attorney Russell Knight adds that informal unions recognized by foreign law as being a relationship with legal status but short of being a full marriage such as the Union Marital de Hecho under Colombian law will not consider a marriage under Florida Law. This union will also not be eligible for a divorce under Florida Law.

Lastly, the Florida divorce lawyer emphasizes the importance of having a skilled lawyer when it comes to matters such as alimony and asset division. Having an experienced attorney may be able to help the client understand their rights and responsibilities in the case.