Florida divorce attorney Russell Knight releases a new article (https://divorceattorneynaplesfl.com/what-are-the-grounds-for-divorce-in-florida/) that discusses the grounds for a divorce in the state of Florida. The lawyer mentions that before 1971, there were a lot of grounds for a divorce in Florida. These include adultery, cruelty, violence, etc. Then, the “no-fault” statute was passed and changed many things.

According to the Florida divorce attorney, “Most states have a similar concept of “no-fault divorce” which just means you don’t need some event like an affair or a physical fight in order to trigger your right to divorce.” 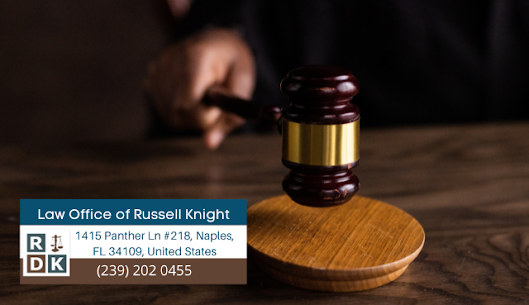 The lawyer explains that in the present times, there are only two grounds for divorce in Florida. These grounds are that the marriage is irretrievably broken or one of the parties has been mentally incapacitated for at least three years. Aside from these grounds, one of the spouses must be a Florida resident for more than six months before the petition for dissolution of marriage is filed.

Attorney Russell Knight also adds that in practice “irretrievably broken” means basically anything that the petitioner wants it to mean. This usually means that the married couple did try to mend their relationship but was unable to do so. Thus, they are filing for a divorce. Using “irretrievably broken” as a ground for a divorce is so easy that almost no one invokes the other grounds that one of the parties has been mentally incapacitated for at least three years.

In the article, attorney Russell Knight mentions that proving Florida residency is a difficult factor. Testimony can sometimes be sufficient but it is also important to provide notarized affidavits of identification proofs such as a driver’s license or voter registration. There are a lot of part-time residents in Florida so the state government pays more attention to this element.

The lawyer says that although there are only two grounds for divorce in Florida, this does not mean that adultery, cruelty, violence, and desertion do not have any effect on the divorce. These issues will still count for the judge when determining how things should go after the divorce.

Lastly, attorney Knight emphasizes the importance of having a skilled divorce attorney. Having an experienced attorney may be able to help the client ensure a more favorable outcome for their case.