EarlyBirds Is Driving Innovation In NutriTech Tackling Malnutrition and Obesity

Australian open innovation ecosystem EarlyBirds is helping move the needle forward in the fight against world hunger and the obesity epidemic, by connecting governments and private corporations with innovators who are taking great strides in researching and developing feasible NutriTech solutions. Readers can find out more about EarlyBirds and its services by heading over to its website at earlybirds.io. 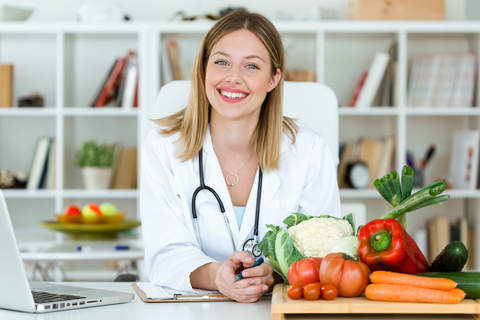 According to the UN, nearly 1 in 3 people in the world are food insecure. The same year, the disruption due to the COVID-19 pandemic also greatly exacerbated the problem. World hunger is a wicked problem to solve because, apart from natural factors such as droughts, disasters, and pest infestations, regional conflicts also heavily contribute to the unequal distribution of resources and fraught supply chains.

In 2020, 149 million children all over the world below the age of 5 suffered from malnutrition. It not only prevents individuals from reaching their genetic potential due to stunted growth and cognitive decline, but it also effectively dooms entire communities to slow, or perhaps even, receding progress. It should not come as a surprise that education, income opportunities, and productivity all suffer when people are not sure where their next meal is coming from.

At the same time, Low-and Medium-Income Countries (LMICs) are also going through transitions in nutritional habits as healthy foods are replaced with processed offerings because of their low cost of manufacturing at scale. Consequently, the World Bank noted that over the past 30 years, obesity rates have increased at much higher rates in LMICs compared to developed nations. Therefore, these nations are, ironically, facing two remarkably different and conflicting public health problems.

Technology is being looked at as one of the most promising solutions to address this global crisis. The European Commission’s NutriTech project, which ran from 2012 to mid-2016, studied “the application of cutting-edge analytical technologies to evaluate the diet-health relationship and critically assess their usefulness for the future of nutrition research and human well-being.” The NutriTech umbrella includes technologies such as genomics, transcriptomics, proteomics, metabolomics, laser scanning cytometry, NMR-based lipoprotein profiling, and advanced imaging by MRI or MRS.

NutriTech, which was a consortium of 23 partners from 16 countries including 6 non-EU groups, aimed to quantify the effects of a person’s diet on their phenotype flexibility, a metric based on metabolic flexibility, the latter of which quantifies an organism’s ability to adapt fuel oxidation to fuel availability. When it concluded in 2016, 31 papers were published and 2 datasets were released, each of which contributed significantly to the existing literature on phenotype flexibility.

EarlyBirds cofounder Kris Poria talks about the role of NutriTech in shaping the lives of people around the world by saying, “Scientific progress is a smorgasbord of little innovations and discoveries that cross-pollinate and enable scientists and engineers to build something useful in the process. For example, the fundamental phenomenon that makes the MRI machine possible was discovered during the research efforts that were kicked off to study the radiation emitted by stars. So, as it turns out, astrophysics gave doctors and medical researchers one of the most potent tools in their arsenal. The EU’s NutriTech project realized the importance of collaboration and experimentation to solve a difficult problem. Here at EarlyBirds, we have created an open innovation ecosystem that mimics that same free exchange of ideas and allows businesses to leverage innovations from startups and bring them to market faster and at a lower cost. Subject matter experts, who are also an important part of the platform, act as mediators who guide those holding the reigns of their organizations’ purse strings to invest in technologies that hold the most promise for their use case. If you are interested in finding out more about how you can be a part of our ecosystem as an early adopter, head over to https://earlybirds.io/en/early_adopter.”

The EarlyBirds open innovation ecosystem can play a significant role to enable and accelerate NutriTech programs and initiatives by applying its platform, services, and capabilities. For example, EarlyBirds can create dynamic ecosystem maps, based on a specific nutrition theme. Early Adopters, EarlyBirds’ term for organizations that are willing to get an insight into the currently available global innovation capabilities, can have their pick of the best of them to leverage their solutions, form partnerships, and bring their proof of concepts to market.

Researchers and startups, scaleups and mature companies who have innovative solutions to offer to ease the challenges that food insecure populations around the world are facing, are urged to sign up for the EarlyBirds platform as Innovators at https://earlybirds.io/en/innovator.

For more information about EarlyBirds, contact the company here: