Dr. Mark Hickman, MD, FACS, a surgeon in New Braunfels, TX, is offering two all-inclusive options to provide an opportunity for men who are interested in reversing a vasectomy at an affordable cost. The microsurgery expert has two all-inclusive choices for men who want to be able to father a child again. One option is priced at $3,300 and this already includes local oral sedation medication and local anesthesia. The second option is available at $4,200 and includes IV sedation that will be performed by a board certified anesthesiologist. And for patients who are not residing in New Braunfels and need to have a hotel accommodation, Dr. Hickman had made a deal with local hotels in the area allowing his patients to benefit from a 50 percent reduction in their hotel accommodation cost.

Dr. Hickman says, “As an expert in laparoscopic procedures, I began to teach minimally invasive techniques to other surgeons. Subsequently, I also invented several surgical instruments and have been awarded a US patent and recognized as a contributor on several other important minimally invasive patents. An active member of my church I became involved with and passionate about the Men’s ACTS Retreat Ministry and currently serve on the Apostolate Board fo the North American Province of the Missionaries of the Holy Family. I also currently serve on the Board of Directors of TIPHER (The Institute for Public Education, Health, and Research).” 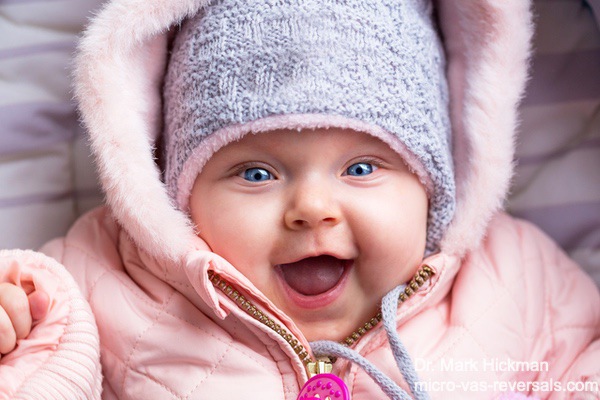 For those who are asking, “Is it possible to reverse a vasectomy?” he answers in the affirmative and points out that vasectomy reversal is not just for men who desire to have the ability to father children again. It is also being used to help prevent male depression after vasectomy. Some vasectomized men have been noted to suffer from depression because of strong emotions after the procedure. Aside from the regret that they may feel, there are direct psychological effects, including changes in general self-perception, changes in relationship harmony, a perceived reduction in masculinity, changes in satisfaction from the sexual act, and anxiety over losing the ability to father children.

It has been noted that the strongest risk factor of a man having psychological issues after vasectomy is men who had disagreed with their partner in having the procedure. Those who have been pressured or forced to undergo vasectomy are the most likely to have negative motions after vasectomy and risk experiencing mental depression.

Dr. Hickman gradually earned the reputation through the years of being one of the top minimally invasive surgeons who specializes in vasectomy reveral. He has over 26 years of experience during which he has done more than 1,300 vasectomy reversals, resulting in pregnancies that that he has actually stopped counting. He has also provided ‘corrections’ for vasectomy reversals done by other providers.

Dr. Hickman obtained his medical degree at the age of 23 from the University of Texas Medical Branch in Galveston, Texas. He trained for five years in General Surgery Residency at the University of Texas Health Science Center at San Antonio and it was during this time that he learned about the microsurgery techniques being used by plastic and reconstructive surgeons. He found the microsurgery results to be amazing, especially with the much reduced impact on the patient, and he decided to apply laparoscopic surgery techniques when he opened his private practice in New Braunfels in 1988.

Dr. Hickman says, “As a child, I had a calling to become a physician and it is a goal I have pursued with laser focus to be the absolute best. In keeping with my core values of providing the highest level of care at an affordable price, I offer vasectomy reversals with two all-inclusive options. Both microsurgical options are all-inclusive with no hidden fees.”

Those who are interested in learning more about the affordable vasectomy reversal procedure offered by Dr. Hickman can check out the Microsurgical Vasectomy Reversals by Dr. Mark Hickman website or contact them on the telephone or by email. The practice is open from 8:00 am to 5:00 pm, from Monday to Friday.