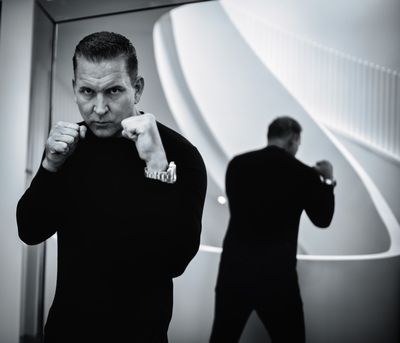 Productivity and time management author and expert, Steven Griffith, has just released his newest article on productivity and psychology on the Jeff Bullas blog. This article suggests that people change their perspective on how they look at themselves when faced with difficult times, setbacks, and failures. The article aims to show that learning how to cope with personal failure through a strategy that Griffith calls “compassionate productivity,” is one of the keys to high performance in the workplace and in life.

The article tells Griffith’s story as an amateur boxer fighting for the Chicago Golden Glove Heavy Weight Championship. After only boxing competitively for a few months, Griffith should have seen the chance to fight, even if it resulted in defeat, as a huge opportunity. However, losing the fight caused him to think too negatively and lose perspective.

“Most high performers are tough on themselves,” Griffith explained. “Especially in the face of failure. They push themselves to higher and higher levels of achievement, often using negative self-talk, beating themselves up, being overly judgmental and believing that this is the only way to get ahead, stay competitive, and be successful. That’s why they need to learn compassionate productivity.”

The article reveals that in a recent study, researchers found that self-compassion strategies increase grit, the ability to recover from a setback or an upset faster. They increase people’s willingness to take positive risks and increase overall well-being. One of the biggest additional reported benefits is that people also gain more compassion for others, which leads to increased connection and growth in all their most important relationships.

The psychology of productivity known as compassionate productivity takes it one step further. Once people have brought compassion to themselves and tended to their mental and emotional needs, they can be in a positive and receptive space to reengage and learn from the adversity, integrate new lessons, adjust their strategies and tactics, and most importantly, get back out there and compete with an even higher level of confidence, resilience, power, and tools to succeed.

“Here’s the mind trick we play on ourselves,” Griffith says. “If you believe and know that you will get beat up more often when you ‘go for it’ and don’t succeed, then over time you will be more likely to delay, hold yourself back, or not to go for it at all. But to be successful, we have to be willing to take risks and be ok with failure. That’s the only way to push ourselves to new heights and our next level of growth. We have to be willing to get back in the ring.”

The article notes that society has led many to believe that being kind and compassionate to themselves in the face of failure, personal setbacks, or when things just don’t go their way, will lead them to being ‘soft’, losing their edge, or reducing motivation. People are told that going easy on themselves will lead to not being as competitive, and they may even feel that it’s an act of selfishness. As the article reveals, the research on this subject shows the exact opposite.

Learning to be in their own corner as a friend or coach would be when a person needs help the most is the new superpower in today’s high-performance lifestyle. The article lists the 3 steps needed to achieve compassionate productivity, which includes self-compassion, common humanity, and mindfulness. This is one of the most cutting-edge processes for reprogramming one’s mind to perform at a higher level when challenges and adversities arise.

Steven Griffith is an author, researcher, performance expert, speaker, and one of the leading experts on time, performance, and productivity. In a recent book, “The Time Cleanse,” he suggests the “timefulness” solution as an effective and strategic approach to changing a person’s relationship to time. This allows individuals and organizations to boost organizational efficiencies, close performance gaps, reduce stress, increase productivity, and realize their full potential.

For more information about Steven Griffith’s books and training programs, visit his website at www.StevenGriffith.com.