The Chicago family law attorney Russell Knight also adds that attorney Rahul Iyer shares the same Canadian nationality as him. He also mentions that attorney Rahul’s Indian heritage helps the lawyer have a better understanding of Indian couples who may be divorcing in Chicago. 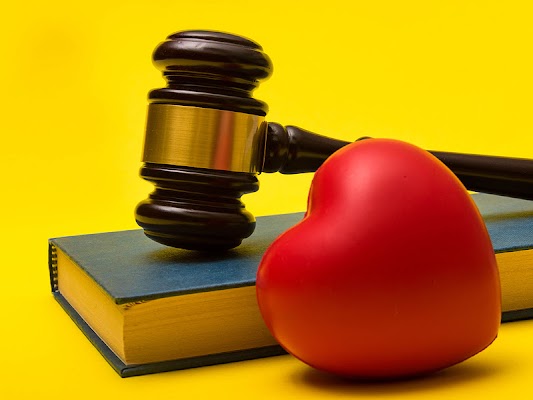 According to attorney Russell Knight, “Attorney Rahul is extremely hardworking. I have seen him give his all to the cases he’s working with. He is great when it comes to negotiations and litigating divorces.”

In the article, attorney Rahul Iyer also answers common questions when it comes to Indian divorces in Chicago. The Indian divorce lawyer says that marriages performed overseas can be valid for divorce in Chicago as long as it is also valid in the country where it took place.

Chicago divorce attorney Rahul Iyer explains that if there are children involved, the courts will have to check first if the children have traveled to India before they can decide whether a trip to India is appropriate. This usually happens when one spouse chooses to go back to India while another stays in the USA.

Attorney Russell Knight and attorney Rahul Iyer discuss a lot of other things related to Indian-American divorces. The article also mentions other types of divorces like Hindu-Indian divorces and Muslim-Indian divorces. According to both the lawyers, all of these divorces are complicated and tough, that’s why it’s important to have an experienced lawyer who can help the client understand what their options are.

Aside from the aforementioned, attorney Rahul also explains about Indian Jewelry in a Chicago divorce. According to the divorce lawyer, “Jewelry functions as a special kind of currency in the Indian community. Jewelry is gold. Jewelry is portable. Jewelry is a common wedding gift. Because of these factors, jewelry often goes “missing” during a divorce. For this reason, it is important to keep a photo accounting of all of the jewelry in a couple’s possession in case of divorce.”

Lastly, the Chicago divorce lawyer Russell Knight adds that if a client is looking for an Indian-American divorce lawyer, they should consider someone who understands their culture and heritage.

To learn more about Indian-American divorce and how the Law Office of Russell D. Knight can help, visit https://rdklegal.com/indian-divorce-lawyer-in-chicago-illinois/.

About The Law Office Of Russell D. Knight

The Law Office of Russell D. Knight was established in 2009 by the family law attorney Russell D. Knight. The lawyer has always focused on family and divorce law. Russell's love for family law is demonstrated by the numerous articles personally written by the lawyer. Russell has been licensed as a lawyer throughout Florida in both Florida and Illinois. The attorney has a legal practice in both states and employs an entire staff of paralegals and attorneys in the two states of Chicago, Illinois, and Naples, Florida. Contact them today at (773) 334-6311.