Chicago divorce lawyer Russell D. Knight releases a new article (https://rdklegal.com/mental-illness-and-divorce-in-illinois/) explaining mental illness and how it is related to divorce in Illinois. The lawyer mentions the family law and divorce system in Illinois was written and promulgated while imagining reasonable parties unwinding their lives in a logical manner.

According to the Chicago divorce lawyer, “We all get emotional during a breakup and the family law system is set up to be slow but fair. This way our emotions don’t get the better of us. But, there is a big difference between being emotional and being mentally ill. When someone is mentally ill and they are getting divorced, the other spouse should be aware of the precautionary measures that Illinois divorce law makes available.” 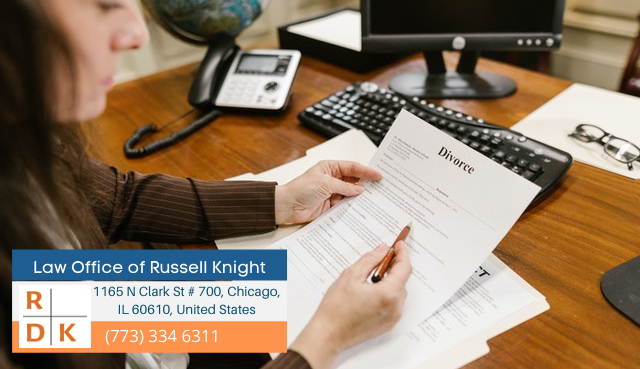 The lawyer explains that some individuals often use the words “crazy” and “sick” when dealing with their unstable spouses. These stories can affect ancillary issues such as child custody, capacity to earn income, and other items in the divorce judgment. However, a spouse’s mental illness is not a cause for a divorce.

Attorney Russell D. Knight adds that the only cause for divorce in Illinois is irreconcilable differences. There’s no need to identify what exactly is the other spouse’s personality disorder. There’s also no need to prove anything in order to get a divorce because filing for one in itself is already a good enough reason.

“In addition, an order of protection can get you exclusive possession of the marital home and custody of the children. Both can be awarded on a temporary basis via the order of protection until the matters are finally determined in the final divorce judgment, marital settlement agreement, and allocation of parenting time and parenting responsibilities,” says the divorce attorney.

The Chicago divorce lawyer stresses the importance of consulting an experienced lawyer regarding matters involving a divorce. A skilled attorney can help clients understand their rights and determine if they are able to get a favorable result.