Black cats have a long and complicated history. In some cultures, they are viewed as symbols of good luck, while in others they are seen as harbingers of bad luck or are associated with witchcraft or Halloween. These conflicting viewpoints have led to complications for black cats seeking to be adopted from animal shelters and rescues.

“The ASPCA and other animal advocacy groups report that black cats have lower adoption rates than cats of other colors,” said Steve Miller, owner of CatCuddles. “As a result, black cats may be euthanized at higher rates when shelters become overcrowded.” 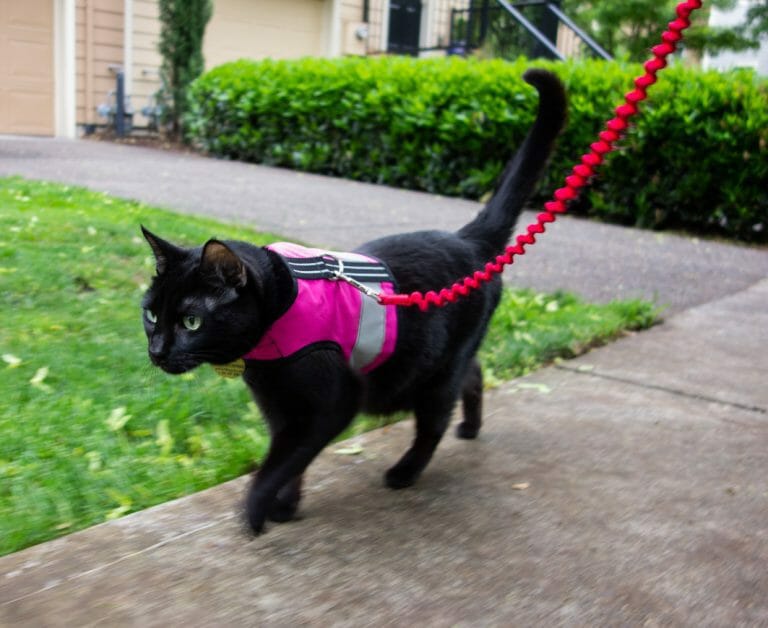 To combat these statistics, several organizations have created days to celebrate black cats. Known variously as Black Cat Appreciation Day or National Black Cat Day, these days are celebrated on various dates (including August 17, October 27, and November 17) depending on which group is promoting the event. “However, at CatCuddles, we believe in advocating for the adoption and rescue of black cats all year round,” said Miller.

According to the Cat Fancier’s Association, more than 20 cat breeds have an option for solid black fur. One of the most popular black cat breeds is the Bombay cat, but other breeds that can include all-black coats include the Persian, the Maine Coon, the Cornish and Devon Rex, the American and British Shorthair, and Japanese and American Bobtails.

The history of the black cat is long and interesting. In some cultures—such as Celtic nations and Japan—the presence of a black cat was often associated with good fortune and prosperity. In Celtic mythology, black cats were considered sacred. According to Scottish and Welsh lore, black cats were viewed as the bringers of prosperity and good health.

The Western view of black cats as bad luck or symbols of witchcraft can be traced to the Pilgrims who arrived at Plymouth Rock. According to some historians, black cats were viewed as familiars (companions) to witches. As a result, many black cats were killed in an effort to put a stop to their alleged supernatural powers or ability to shape-shift.

Although most of these negative associations have gone by the wayside, many animal shelters will not adopt out black cats near Halloween out of fear they will be tortured or used as “living decorations” and then abandoned. This is why October 27 was chosen as one of the days devoted to appreciating black cats.

“Black cats of all types make wonderful companions,” said Miller. “Adopting a black cat from a rescue or shelter is one way to help these unfairly maligned animals find loving homes.”

As with all felines, Miller encourages pet owners to provide core vaccines (such as those for rabies and FIV) and regular check-ups with a veterinarian. Pet owners should also provide regular exercise and nutritious food to prevent cat obesity—one of the biggest health problems faced by cats.

CatCuddles is an educational website dedicated to providing articles on feline health issues and cat breeds like the beautiful Balinese, Burmese, Hairless cat breed, Munchkin and others. The site also invites cat owners to submit photos of their feline companions and sponsors a charitable giveaway.

For more information about CatCuddles, contact the company here: