Oklahoma City - Belle Âme Med Spa and CoolSculpting Center, a local medical clinic specializing in esthetic procedures has announced the addition of CoolTone to its practice.

CoolTone is a new treatment which uses "Magnetic Muscle Stimulation" (MMS). The medical device has applicators which send electromagnetic energy into targeted muscles to cause rapid involuntary contractions. The treatment aims to cause the quick muscle stimulation to trigger muscle growth. The result is a stronger, more firm muscle after a series of treatments spaced several days apart. 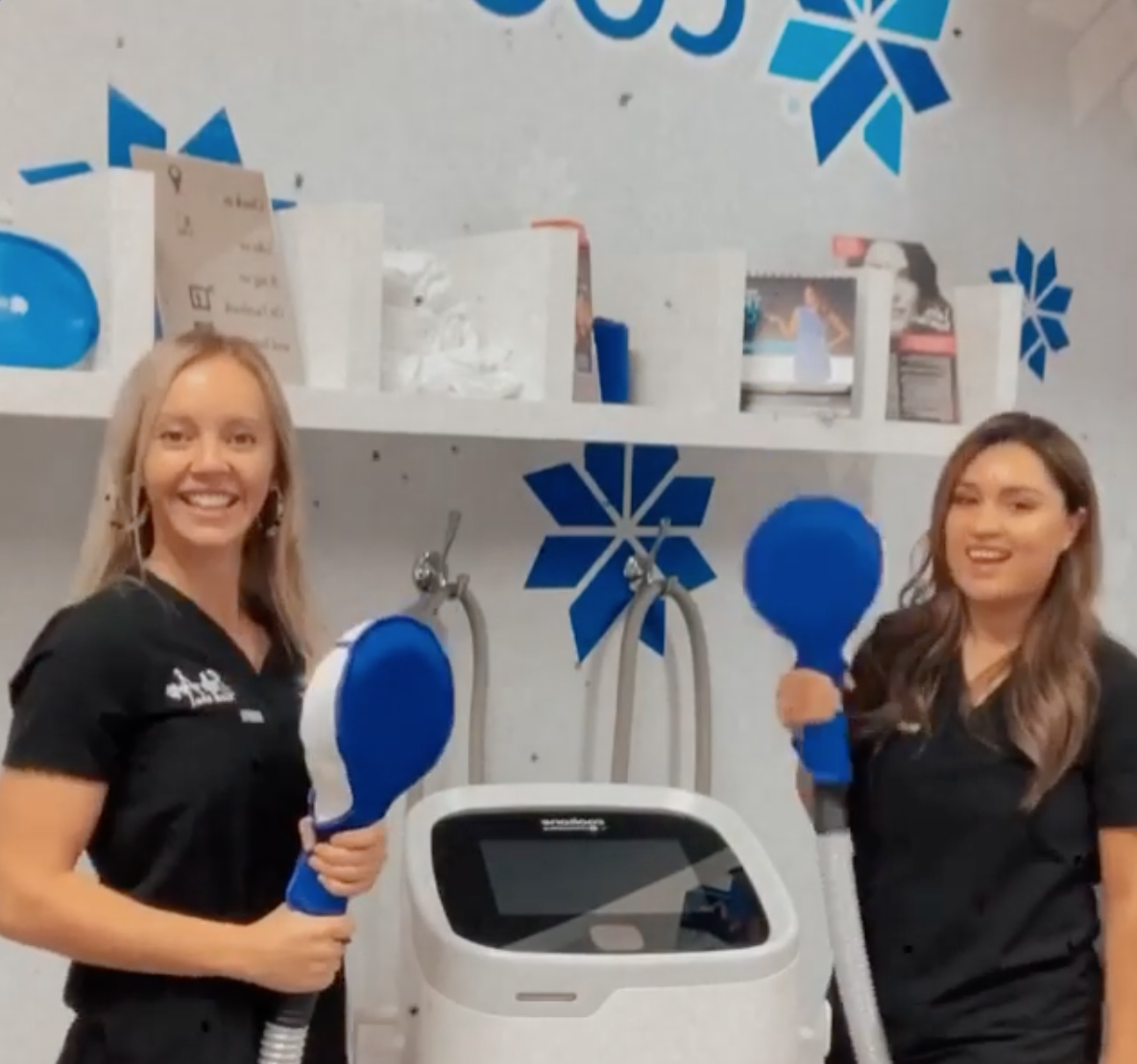 The company behind CoolTone, Allergan, recently received FDA clearance for the device's use as a method of muscle firming in the abs, thighs, and butt. The prospect of being able to offer patients the chance to get a lifted butt and near-sixpack without workouts has had clinics like Belle Âme eager to add the device to their arsenal.

Allergan has made its prior body contouring device, "CoolSculpting" famous since that device received FDA clearance in 2016. Unlike CoolTone however, CoolSculpting devices were designed for fat reduction. The "Cool" part of the name was derived from the method the device uses to target fat cells with exact temperatures which cause those cells to die and eventually become flushed out by the body. While CoolTone does not have anything to do with freezing fat, the device plays off of the fame of the CoolSculpting treatment and is often used as a complimentary treatment after CoolSculpting.

"CoolSculpting is still the staple treatment for body contouring," stated Daniel, a marketing representative for Belle Âme, "Fat reduction does the most for changing the body's appearance. But when you think about it, reducing fat from your mid-section for example doesn't automatically give you a structured tummy. A firm, non saggy butt takes some muscle definition. So many patients who achieve their fat loss goals with the help of CoolSculpting are eager to take the next step and get the area worked on with CoolTone."

CoolTone is not the first device to firm muscles without lifting a finger. Emsculpt made by rival company, BTL, has been on the market for several years. Although the devices essentially do the same thing, there area some subtle difference as noted by a recent article about the difference between CoolTone and Emsculpt on the Belle Âme website. In fact, Belle Âme has both devices.

According to Daniel, quoted above, Emsculpt rocked the esthetic industry when it was released with statements like, 'It's like giving you the instant ability to do 20,000 situps in 30 minutes.' In fact, he continued, some have noted that, since it's physically impossible to contract the muscles in such rapid succession with exercise, in some ways these devices could be considered superior to many types of workouts.

Whether a clinic like Belle Âme suggests Emsculpt or CoolTone, they note that patients should expect to need several sessions before seeing visible results. According to their website, most patients will need about 4 sessions for visible results and suggest periodic maintenance treatments to keep the muscles firm.