B.L.A.C.K. Introduces Black Baby Dolls that Look Real This Season and Going into 2021

B.L.A.C.K (Bases Loaded Authentic Clothing And Kaps), a company based in Sewell, NJ, is pleased to announce that they have introduced realistic black baby dolls that are available for sale this Christmas season and going into 2021. The dolls are custom-made based on a picture sent in by a customer. Every part of the doll can be customized, from the eyes, hair, hair color, eye color, clothes, and including the expressions. Prices begin at $130 and it will take two weeks for fabricate the dolls and ship them to customers. Kimberly Greene, owner of B.L.A.C.K., had noticed that there was a lack of African American dolls in the market and decided to fill the void.

Kimberly Greene says, "I was inspired to start making the dolls when I read about the Clark Doll tests done in the early 30's to study the psychological effects of segregation on African-American children. It helped me realize that if our children are only shown the positive in white and the negative in black, this is how they will also see people, themselves especially. I wanted to be able to offer black children dolls that look like them. My dolls show the different beautiful shades of black, the wonderful textures of our hair and the creativity that embodies all of us. They look like our little kings and queens and it thrills me to hear a child say ‘That doll looks like me.’ I am honored and humbled by those who have supported me and ‘adopted’ my dolls. I look forward to providing them to other happy homes!" 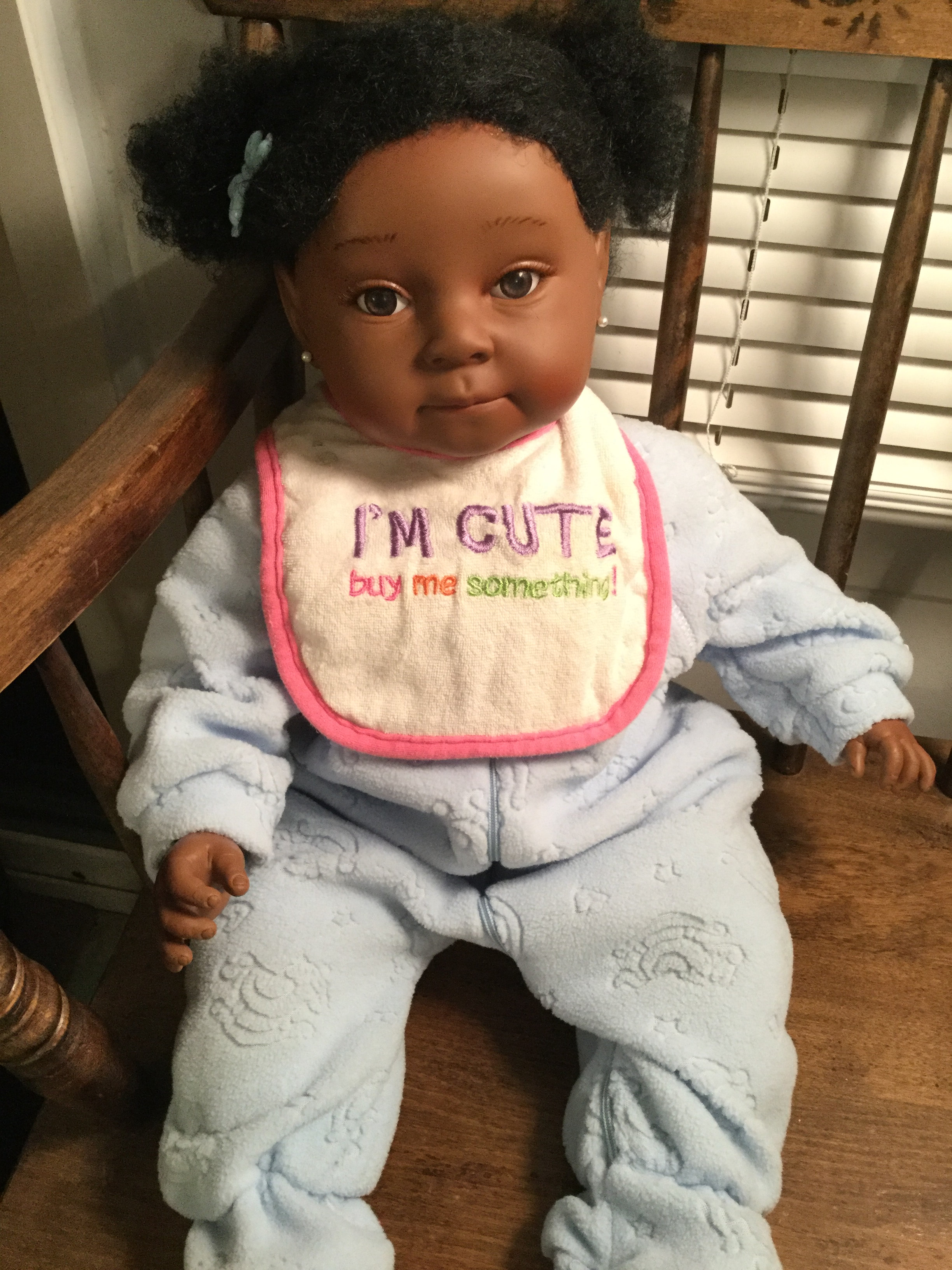 These black baby dolls that look real are made individually. Some are custom made to look like certain people, while others are simply based on pictures of children that Kimberly Greene has seen during her travels. After finishing a black baby doll, Kimberly posts it on the website for “adoption,” and once it has been adopted, she removes the picture on the site.

Custom or look-a-like dolls can be ordered for an additional $50 to the base price. Kimberly will need 3 photos, preferably babies who are 6 months to two years old, with different expressions. Kimberly will first confirm if she can really make the doll, and then she will require a 50 percent deposit upfront. After finishing the doll for a period of up to 4 weeks, she will send photos of the completed doll to the client and once the customer has approved it, she will collect the balance plus shipping.

Kimberly Greene gained inspiration in making black baby dolls after she got to know about the Clark Doll tests that were performed in the early 1930s for the purpose of studying the psychological impact of segregation on African American children. It occurred to her that if children are only presented with the positive in white and the negative in black, that is how they will see people when they grow up.

The result was that Kimberly came up with the mission to provide African American children with black baby dolls that look like them. She made sure that the dolls she makes are capable of indicating the different shades of black, the various hair textures, and the creativity that embodies all African Americans.

B.L.A.C.K (Bases Loaded Authentic Clothing And Kaps) was established as a company that focused on the fabrication and selling of Negro League Base ball apparel. The business has now expanded to include Tuskegee Airmen and Buffalo Soldiers. Kimberly was able to obtain licensing for the 761st Tank Battalion and Triple Nickles. And she also fabricates black baby dolls. The company sells black memorabilia and black apparel to help in promoting black history and raising funds to help promote awareness of black historical museums throughout the United States.

Those who would like to learn more about the black baby dolls for sale may want to check out the B.L.A.C.K (Bases Loaded Authentic Clothing And Kaps) website, or contact them on the phone or through email.